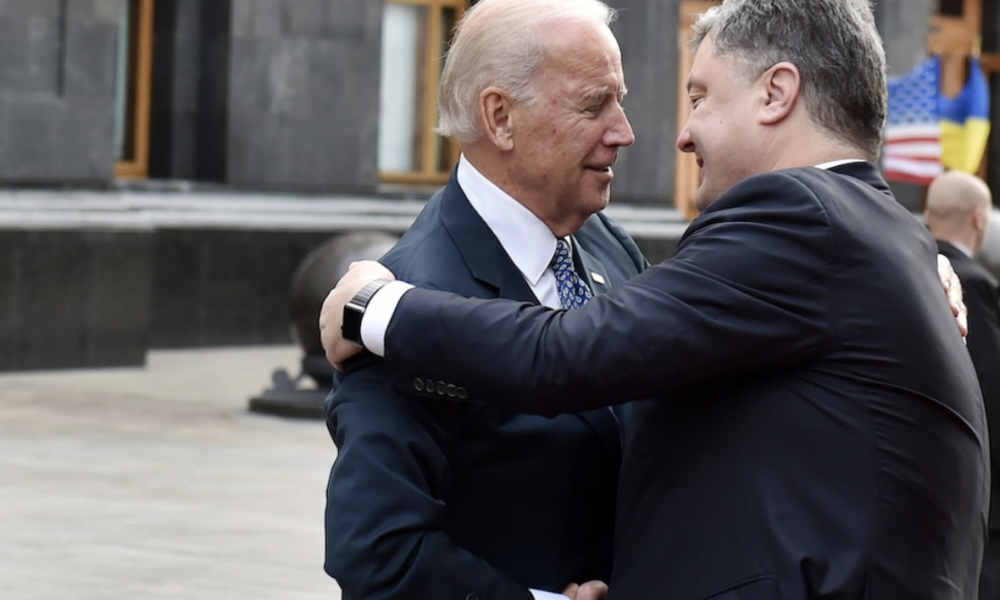 Editor’s Note: This is a developing story and, as with most developing stories, things change.  Keep in mind when you read this, these are REPORTS, and are yet to be confirmed 100% as fact. If the fake news media can publish hearsay, hell, if hearsay can be used to try to impeach our President via a coup, we can publish reports, especially when they all align in our view.

OPINION| Lawrence David| Is this the beginning of the draining of the swamp that President Trump promised us he would do?

We hate citing unnamed sources but President Trump’s enemies shouldn’t mind… Unnamed sources has become the coin of the realm for his accusers.

Even their current impeachment scheme hinges on an unnamed whistleblower who has admitted to having no first-hand knowledge of the events he came forward with.

So, with the Democrats having lowered the bar we bring forth this report from CD Media that, if true, is about to rock the swamp.

(CD Media – Oct. 18) CD Media has been on the ground in Kyiv for some time now investigating corruption of the U.S. State Department in Ukraine, along with multiple Democratic Party operatives in-country, who have been involved in a massive money laundering operation of IMF aid funds, along with corrupt Ukrainian officials, including former Ukrainian President Petro Poroshenko.

What we have to say is truly shocking.

The theft totals in the billions of dollars.

In short, multiple intelligence sources have produced evidence which will soon be publicly announced that Burisma, the Ukrainian natural gas company that had Hunter Biden (Vice President Biden’s son) on the board getting paid fifty thousand a month, paid the former President of Ukraine, Petro Poroshenko $100mm (that’s one hundred million) to suppress the Ukrainian prosecutor’s office’s investigation into money laundering and kickbacks to the Biden family, as well as other financial crimes.

In one instance two corrupt CIA agents showed up at the office of former Ukrainian Chief Prosecutor Yuriy Lutsenko and ‘ordered’ him to end the investigations into Biden and Burisma.

Our sources allege FBI agents have taken bribes, some up to $5 million. The Embassy of the United States in Kyiv was neck deep into this corruption, involving corrupt FBI and CIA, where former U.S. Ambassador to Ukraine Marie Yovanovitch was alleged to be directing a Deep State disinformation operation against then presidential candidate Donald J. Trump, with the aid of the Clinton Campaign and corrupt Ukrainian officials.

This story was written for CD Media by L Todd Wood who appears to have significant credentials in both military operations (SEAL Team 6 and Delta Force), finance (18 years on Wall Street), and as a national security contributor to the Washington Times and has contributed to One American News, Fox Business, Newsmax TV, Moscow Times, the New York Post, National Review, the Jerusalem Post, Zero Hedge and others.

A series of follow up articles by CD Media staff appeared here and today.

(CD Media – 10/21) … The first thing readers must realize is that the National Anti-Corruption Bureau of Ukraine (NABU) was an organization set up (extra-judicially) by the Obama Administration within Ukraine to help the Democrats cover up the vast corruption that had been going on, and as a tool to go after then-candidate Donald J. Trump. In fact, the initial head of the bureau engineered by the U.S. State Department in Ukraine, Artem Sytnyk, has been tried and convicted of conspiring to help presidential candidate Hillary Clinton defeat Donald Trump in the 2016 election. Sytnyk’s group was the office that released the so-called ‘black ledger’ against Paul Manafort, who was then Trump’s campaign manager and now sits in jail, convicted by the Mueller investigation.

This is a developing story.  We will continue our attempts to verify the information and allegations presented above.  For now you might consider if the allegations being set forth in this article would warrant an extra-constitutional impeachment process before the evidence could be confirmed.

NOTE: Keep in mind these are REPORTS, not proven facts.