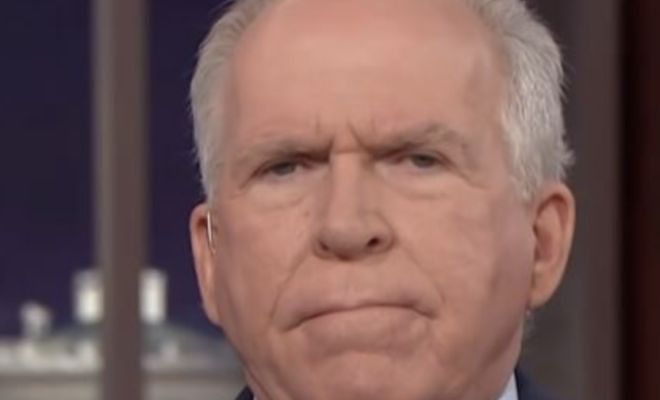 By JonDougherty– Of The National Sentinel – Ever since President Donald Trump took office, one of his most vociferous and vocal critics has been former CIA Director John Brennan.

The one time intelligence chief under President Obama has saved his most scorching comments — and most dire predictions of Trump’s demise — for when the president has criticized aspects of the coup attempt against him colloquially known as “Spygate,” leading many observers to believe that Brennan likely played a central role in the scandal.

Graham, chair of the powerful Senate Judiciary Committee, told Bartiromo that Justice Department Inspector General Michael Horowitz was “doing a very in-depth dive about the FISA warrant application” and “the behavior regarding the counterintelligence operation.”

Graham noted further he believes Horowitz’s report should be out in “weeks — not days, not months,” and is very likely to prove to be “ugly and damning regarding the Department of Justice’s handling of the Russia probe.”

He also said the final report has been delayed because “every time you turn around, you find something new.”

Indeed, as The National Sentinel reported in early July, new witnesses “reluctantly” came forward to provide testimony to the IG regarding the FBI’s and DoJ’s likely abuse of the FISA court to obtain surveillance warrants against a member of the 2016 Trump campaign, thereby delaying the final report.

As reported by Fox News, sources told the network that at least one of the witnesses is outside of the Justice Department and has begun cooperating in the probe, which is being hailed as a breakthrough after Attorney General William Barr ordered U.S. Attorney John Durham to begin a separate probe into how the FBI’s 2016 case into alleged Trump-Russia collusion began, which laid the foundation for the Robert Mueller investigation that turned up nothing.

While the investigative phase of the inspector general’s long-running probe is said to be complete, the sources said recent developments required some witnesses to be reinterviewed. And while Barr testified that he expected the report into alleged Foreign Intelligence Surveillance Act (FISA) abuse to be ready in May or last month, multiple sources said the timeline has slipped.

In his interview with Bartiromo, Graham said he would like to see the IG’s report declassified as soon as possible for the “American public to hear the story.”

He also said that prosecutor John “Durham will be looking at criminality, did somebody violate the law” and Horowitz “will be telling us about the good, the bad, and the ugly, and what should be done internally. The Senate Judiciary chairman also went so far as to mention exploring a possible restructuring of the DOJ. Read more at The National Sentinel

Brennan appears to have played a key role in establishing the FBI’s counterintelligence investigation into the Trump campaign—including making repeated use of questionable foreign intelligence.

Sen. Dianne Feinstein: “Over the spring of 2016, multiple European allies passed on additional information to the United States about contacts between the Trump campaign and Russians. Is this accurate?”

Brennan has testified before Congress that any information, specifically “anything involving the individuals involved in the Trump campaign was shared with the bureau [FBI].”

He also admitted that it was his intelligence that helped establish the FBI investigation.

BREAKING: According to Main DOJ sources, Durham's portfolio for looking into the provenance of CH includes examining docs generated by an interagency "fusion cell" Brennan set up in mid-2016 on Russian election interference + pre-election briefings Steele gave to UK intelligence

Editor’s Note: The Paul Sperry Tweet which is headlined “Breaking” is from May and is not new news. The way things are going it’s looks (to me at least) as if the small publishers like us, Right Wing Tribune, The National Sentinel, The Federalist Papers and many more had the narrative right from the jump and the big boys … well, they didn’t.