“Mad” Maxine Waters Goes Into Fit of Rage, Calls Bill Barr Every Name In The Book After Muller Report Exonerates The President 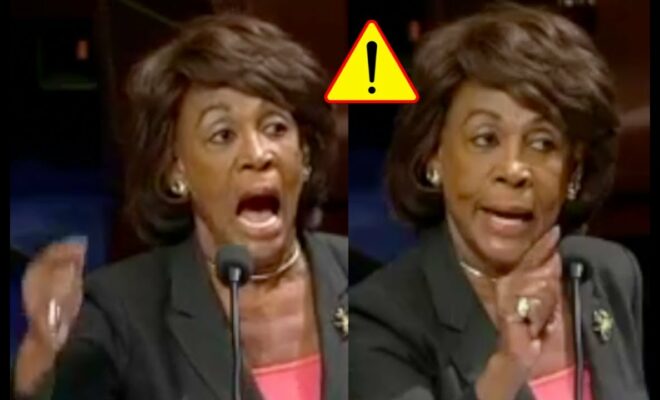 Maxine Waters doubles down on stupid.

Rep. Maxine Waters Wednesday slammed Attorney General William Barr as a “lackey and a sycophant” for President Donald Trump and claimed he will submit a heavily redacted copy of special counsel Robert Mueller’s report to Congress on Thursday.

“He was chosen to protect the president of the United States and that’s exactly what he’s doing,” the California Democrat told MSNBC’s Chris Hayes.

She went on: “I’m not surprised. I’m not even disgusted because I knew that once he came out and he said there had been no obstruction of justice and no collusion, that he absolutely stepped out early to defend the president, to protect the president. I don’t expect any reversal of that.”

Late Wednesday, The Washington Post reported the report itself will be “lightly redacted,” and that an even less redacted report will be released to congressional leaders.

Democrats, though, are crying foul as Barr and former acting Attorney General Rod Rosenstein held a press conference at about 9:30 a.m., almost two hours before the report itself will be released to members of Congress and then to the public.

“I never expected Barr to do anything that would be respectful to the members of Congress or to include us in any real way,” Waters, who chairs the House Financial Services Committee, told Hayes.

She concluded: “He auditioned for this job.”

Waters said she hopes Mueller will come before Congress to present his side about the report, as “the president and his minions are absolutely ridiculous and they disrespect the members of Congress.”

She also made another call for Trump’s impeachment, telling Hayes he should have “been gotten rid of already.”

It seems like the Democrats, specifically Waters are not conceding.

← Previous Story Ocasio-Cortez Calls For Trump’s Impeachment on Multiple Grounds: “There’s Just So Much… I Can’t Even”
Next Story → House Democrats Try To Pressure AG Barr To Turn Against Trump, Then Barr Crushes Nadler’s Hopes Of Seeing Unredacted Mueller Report