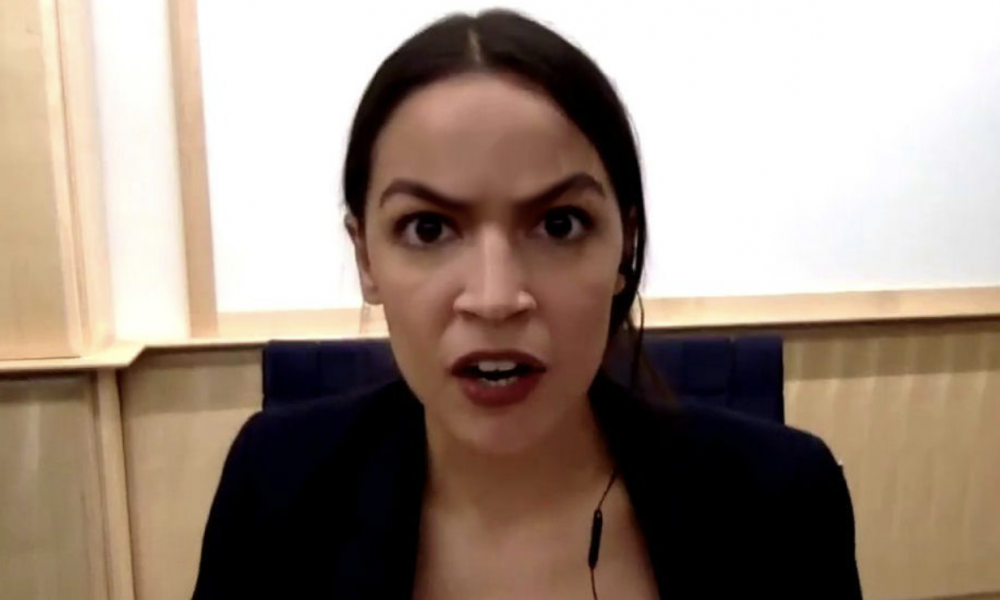 Kirsters Baish| It has been reported that self-proclaimed Democratic Socialist Alexandria Ocasio-Cortez has given up Facebook… and she’s planning on cutting back use of all other social media as well.

The New York freshman congresswoman made the comments regarding social media during a Sunday speaking appearance on Yahoo News’ “Skullduggery” podcast, during which she explained that these platforms have gained her millions of followers.

The Gateway Pundit reports, “The Democratic socialist, who has appeared on virtually every cable news network and most of the late-night talk shows, now says social media presents a ‘public health risk’ because it can lead to ‘increased isolation, depression, anxiety, addiction, escapism.’”

“I personally gave up Facebook,” Ocasio-Cortez said during the podcast.

“I actually think that social media poses a public health risk to everybody,” she continued. “There are amplified impacts for young people, particularly children under the age of 3 with screen time. But I think it has a lot of effects on older people. I think it has effects on everybody. Increased isolation, depression, anxiety, addiction, escapism.”

While she’s still using Facebook to enlist support for her Green New Deal and to raise funds, Ocasio-Cortez says she has suspended her personal account on the Website. She remains active on other social media sites, posting on Twitter Monday morning. (Ocasio-Cortez writes her own Tweets and Instagram posts.)

However, she said on the podcast, she’s trying to cut back.

“Like every once in a while, you’ll see me hop on Twitter on the weekends, but for the most part, I take consumption of content, when it comes to consumption and reading, I take the weekends off,” she said.

While she has collected almost 4 million Twitter followers, Ocasio-Cortez makes a habit of constantly complaining about the reaction her tweets garner.

The Gateway Pundit explains, “In January, the new lawmaker blasted Facebook — as well along with Google and Microsoft — for what she said was ‘implicit support’ of those who reject climate change.”

“We were deeply disappointed to see that your companies were high-level sponsors of a conference this month in Washington D.C., known as LibertyCon, that included a session denying established science on climate change,” she stated.

“In stealing 1000s of children, deporting their parents,& refusing to provide info for reunification, Sec. Nielsen oversaw one of the largest-scale human rights violations in recent history. Awarding her a lucrative deal or prestigious post is to legitimize+celebrate that abuse,” she wrote.

In stealing 1000s of children, deporting their parents,& refusing to provide info for reunification, Sec. Nielsen oversaw one of the largest-scale human rights violations in recent history.

Awarding her a lucrative deal or prestigious post is to legitimize+celebrate that abuse. https://t.co/f2cgDXI48B