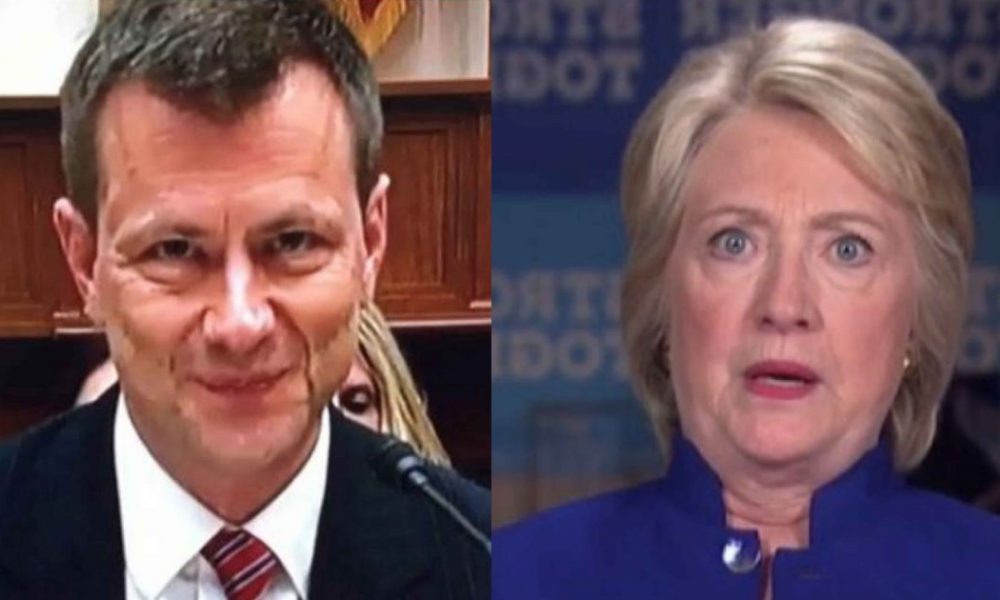 ICYMI … Opinion| For months … years actually, we have been waiting for the moment that the truth about the Obama administration and what they did to protect Hillary from being held to account for her crimes.

It seems that we are finally starting to see those involved spill the beans as to what really went on behind closed doors in the last few months of the Obama Presidency.

The transcripts of FBI “fixer” Peter Strzok’s testimony reveal that the DOJ made a deal with Clinton attorneys as what the department could and could not analyze when it came to Clinton’s illegal private email server.  Obama’s DOJ, which was lead by Loretta Lynch, cut a deal that made the emails pertaining to the Clinton Foundation off limits to investigators.

What is the big deal you ask?  This walled off the ability of those investigating to look into the allegations that the Clinton’s were running a pay for pay scheme via the foundation during Hillary’s time as Secretary of State.

Peter Strzok told then-Majority General Counsel Zachary Somers that the Department of Justice made a deal with the FBI not to search for, or investigate Clinton Foundation emails.

Mr. Somers asked Peter Strzok if the Clinton Foundation was on Hillary’s private server to which Strzok replied, ” I believe on one of the servers, if not others.”

When asked if the FBI was given access to Clinton Foundation emails as part of the investigation into Hillary’s private server, Strzok said, “We [FBI] were not. We did not have access.”

“My recollection is that the access to those emails were based on consent that was negotiated between DOJ attorneys and counsel for Hillary Clinton,” Strzok said.

This is a clear example of the two-tiered justice system that is infecting this country — Hillary Clinton’s attorneys were allowed to “negotiate” with the feds to make sure they didn’t find her Clinton Foundation emails which would show she was peddling influence and power in a pay-to-play scheme while she was the head of the Department of State.

In contrast, the FBI, guns drawn, breaks down the doors of Trump associates in pre-dawn raids and violates attorney-client privilege without fear of reprisal.

This is how “justice” is administered in a tyranny, two sets of rules, one for the ruling party/elite and one for those seeking to depose them.  If America is ever going to truly be a beacon of truth and justice again, this must end, at once.