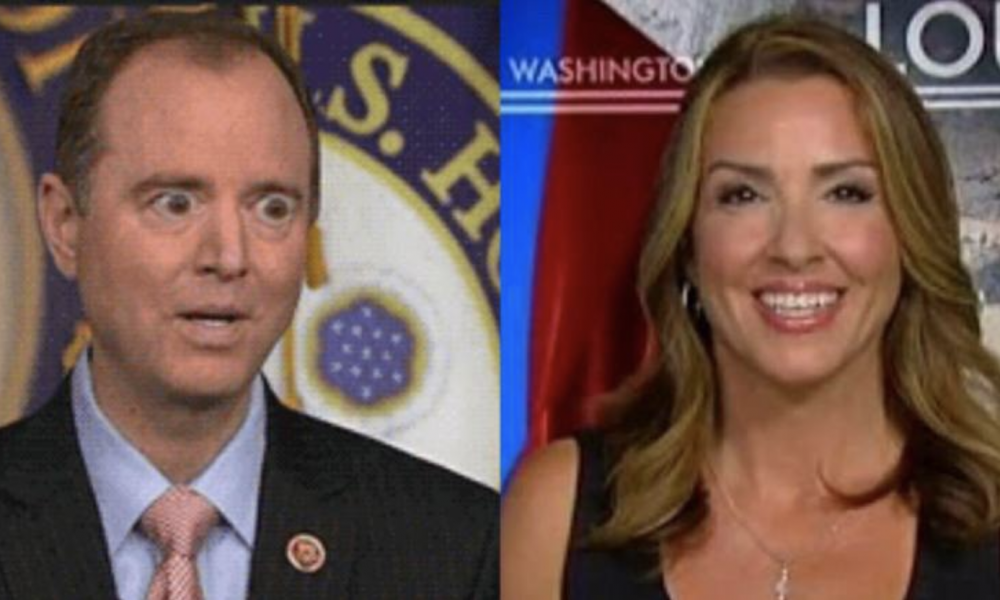 As the segment was concluding, Sean said:

“I know everybody’s frustrated because this has only been a one-sided investigation, it’s been all things Trump. But, and I think you will all confirm with me is that my sources tell me all of this is coming out, from the dossier, the FISA abuse to the Uranium One deal.  All agree?

With three Clinton Foundation whistleblowers scheduled to testify before a House investigative committee today, there may be reason to believe that this is the crack in the protective armor that will eventually bring the entire alleged Clinton-Obama criminal syndicate to account.

And, if Carter is right, the case is already somewhat mature, with grand jury indictments waiting to be unsealed.

With the Mueller investigation failing to prove President Trump guilty of “high crimes and misdemeanors” that would be necessary to bring a case for his removal, the playing field now belongs to Trump.

John Solomon, who along with Carter is as well read into this story as anyone, made these revelations about what to expect today:

In December 2005, for example, the Utah Division of Consumer Protection flagged missing information in the Clinton Foundation’s federal tax filing with the IRS, known as a form 990. The state regulator specifically flagged money spent on professional fundraisers and consultants that were excluded from the required section of the filing.

The state regulator urged the charity to file “an amended IRS form 990 reporting professional fundraising/consultant fees on line 30.” In particular, officials questioned nearly a half-million dollars in consultant fees about which it wanted more detail.

The foundation’s tax filing for the year in question, 2004, showed zero dollars spent on the required line for fundraising consulting expenses, even though other documents filed with the IRS identified more than $400,000.

The review was standard for a charity seeking a license to operate in Utah. The response regulators got back, however, was not so standard: Former President Clinton’s charity declined to make the change, even though Utah was suggesting the foundation’s federal tax form was incomplete or misleading.

If the Clintons had nothing to hide why would they shut down operations rather than make the required changes?  Could this decision have been made under guidance from Lois Lerner who, as the former director of the Exempt Organizations Unit at the IRS, has her own skeletons to hide following her targeting for conservative groups tax exempt status?

The Utah episode, though a decade old, and other state regulatory issues involving the Clinton Foundation are gaining new attraction because they are included in thousands of pages of documents gathered in a whistleblower submission filed last year by a firm composed of former federal law enforcement investigators, called MDA Analytics LLC.

Note: MDA Analytics conducts its research at its own expense in the hope that its findings will result in a government reward if they prove wrongdoing that leads to the IRS recovering tax dollars.

That submission made with the IRS, and eventually provided to the Justice Department in Washington and to the FBI in Little Rock, Ark., alleges there is “probable cause” to believe the Clinton Foundation broke federal tax law and possibly owes millions of dollars in tax penalties. That submission and its supporting evidence will be one focus of a GOP-led congressional hearing Thursday in the House.

The whistleblower submission to the IRS identified more than 100 state forms in which the foundation inaccurately answered.

There are also allegations that a culture of non-compliance pervaded the foundation and the bigger, more damning (and more difficult to prove) quid pro quo that existed between Secretary of State Clinton and explosive growth in donations to the Clinton Foundation.

As in most RICO cases, it’s the chink at the bottom of the carefully constructed criminal conspiracy that ensnares a lower level participant who is then enticed to flip on his superiors in exchange for leniency.  Then, so on up the ladder.

The easier case for tax evasion/fraud may be that chink which, potentially, will lead straight to the Clintons and then to Obama.

MACCALLUM: OK. With regard to the investigation, which doesn’t get a lot of attention, into the Clinton foundation, the DOJ designated John Huber to look into this. They have 6,000 pages of evidence that they’ve gone through. The foundation raised $2.5 billion, and they’re looking into potential improprieties.

What’s next on this investigation?

MEADOWS: Well, I think for the American people, they want to bring some closure, not just a few sound bites, here or there, so we’re going to be having a hearing this week, not only covering over some of those 6,000 pages that you’re talking about, but hearing directly from three whistleblowers that have actually spent the majority of the last two years investigating this.

Some of the allegations they make are quite explosive, Martha. And as – we just look at the contributions. Now everybody’s focused on the contributions for the Clinton Foundation and what has happened just in the last year. But if you look at it, it had a very strong rise, the minute she was selected as secretary of state. It dipped down when she was no longer there.

And then rose again, when she decided to run for president. So there’s all kinds of allegations of pay-to-play and that kind of thing.