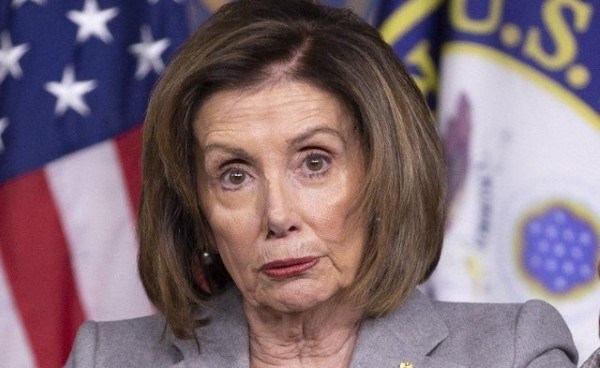 Syndicated with permission via Valiant News| Tom Pappert| President of Croatia Zoran Milanovic has reportedly ditched a meeting with U.S. Speaker of the House Nancy Pelosi, citing the likelyhood American voters will fire Pelosi from that role in the November midterms.

Milanovic reportedly made the remarks publicly, Serbian newspaper Telegraf reports, when asked about meeting Pelosi in Zagreb for the Crimean Platform Summit.

“The Americans asked for a meeting I can’t make it today and that’s it,” Milanovic reportedly said.

“She’s not in the executive branch,” he added, “and in two weeks she will not hold the office she does now, anyway.”

While Pelosi is almost guaranteed to retain her seat in the U.S. House, pollsters and pundits alike continue to grow more convinced that Republicans will manage to retake the House and strip Pelosi of her Speaker gig.

In fact, politicos have become so certain of a Republican victory in the lower chamber that leadership fights are already bubbling, with Fox News host Tucker Carlson reportedly becoming involved in the battle for the third most powerful seat.

Milanovic may be looking forward to the Republican Party’s ascension for pragmatic reasons, too. He’s questioned whether Ukraine should be allowed to join NATO, and generally opposed regional escalation in the country’s war with Russia.

“Ukraine does not belong in NATO,” Milanovic said in January of this year, before asserting that the European Union “triggered a coup in Ukraine in 2014 when the pro-Russian president Viktor Yanukovych was ousted.”

While most disagree with Milanovic’s assessment, most do agree that the Western-backed events of 2014 set the stage for separatism in the Donbass region, the Russian referendum in Crimea, and much of the current conflict in Ukraine.

A minority of Republicans have been the most vocal proponents for peace in Ukraine, with Rep. Paul Gosar calling for a moratorium on foreign aid due to the war, though a small number of Democrats – perhaps worried about the party’s electoral chances this November – have since joined the call.

This week, 30 House Democrats – including Rep. Alexandria Ocasio-Cortez and led by Rep. Pramila Jayapal – publicly broke from Biden in a letter calling for him to directly engage with Russia to pursue peace talks in Ukraine.