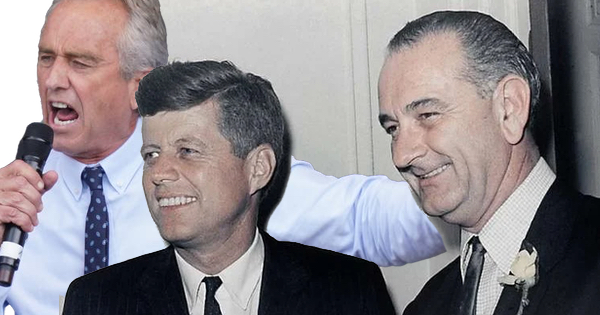 The longtime Trump ally’s assertion came in response to a taped conversationbetween President Nixon and former CIA Director Robert Helms which took place around lunchtime on October 8, 1971, in which President Nixon stated:

Nixon continued, “If it does, uh, I need to know what is necessary to protect our inquiries, the intelligence gathering, and the ‘Dirty Tricks Department.’ And I will protect it. Hey listen, I’ve done more than my share of lying to protect it. I will go, I believe it’s totally right to do it.”

"The whole 'who shot John' [JFK] thing, […] may become a very, vigorous issue. If it does, I need to know whats necessary to protect our inquiries, the intelligence gathering & the 'Dirty Tricks Department.' And I will protect it. I've done more than my share of lying." – Nixon pic.twitter.com/7qqM5ukveq

An excerpt of President Nixon’s remarks with the former CIA Director has since received more than 40 thousand views after being posted on Twitter by independent journalist and conservative activist David J. Reilly on Monday.

Speaking exclusively to Valiant News, Reilly explained that he came upon the Nixon-Helms tapes while conducting extensive research on President Kennedy’s death, unearthing troves of declassified documents that have largely gone unnoticed.

According to Reilly, “the assassination of JFK marked the end of an era of innocence and trust in government, and the beginning of an era of skepticism, turmoil and ultimately, the end of America’s sovereignty.”

“It is absolutely critical that the American people get to the bottom of the ‘who shot John thing’ because the effects of President Kennedy’s assassination are still being felt today,” Reilly said.

When asked who he believes is responsible for the murder of the 35th President of the United States, Reilly avoided naming a  culprit. “Dimona. It was all about Dimona,” he stated.

“My sources involved with the National Archives have told me that there are over 500 hours of recordings that are still redacted and unreleased from the Nixon tapes, and that his conversations about the Middle-East, including Israel, remain the most heavily redacted of all the files during that time period,” Reilly added.

There it is. Nixon telling the CIA Director that he knows the agency was involved in the murder of JFK. https://t.co/l22JqUKDCz

“There it is,” Stone exclaimed. “Nixon telling the CIA Director that he knows the agency was involved in the murder of JFK.”

The subject of President Kennedy’s assassination was thrusted into the conservative mainstream conversation after Fox News host Tucker Carlson last month revealed that a source “deeply familiar” with decades-long hidden CIA documents informed him that the elusive agency was involved with the president’s horrific televised murder.

Reacting to Carlson’s segment in a tweet that amassed a staggering 5.5 million views, Robert F. Kennedy Jr, the nephew of President Kennedy, called it “The most courageous newscast in 60 years.”

“The CIA’s murder of my uncle was a successful coup d’etat from which our democracy has never recovered,” Kennedy wrote.

The most courageous newscast in 60 years. The CIA’s murder of my uncle was a successful coup d'état from which our democracy has never recovered. @TuckerCarlson https://t.co/qJ1sUdhe4t

During his JFK segment, Carlson dived into the circumstances surrounding the “shoddy and corrupt” Warren Commission Report released by the administration of President Kennedy’s successor, 38th President Lyndon B. Johnson, the origins of the term “conspiracy theory,” and the CIA’s quiet employment of Louis Jolyon West — the psychiatrist who declared Lee Harvey Oswald’s assassin Jack Ruby to be “technically insane.”

Today we spoke to someone who had access to the still-hidden JFK files, and is deeply familiar with their contents. We asked this person directly: did the CIA have a hand in the murder of John F. Kennedy?

Here’s the reply: "The answer is yes. I believe they were involved." pic.twitter.com/3EURZcsaR2

Carlson drew reference to the 1976 Congressional committee tasked with investigating President Kennedy’s death which concluded that the killing was “the result of a conspiracy,” as well as the 1992 passing of the President John F. Kennedy Assassination Records Collection Act mandating the “full disclosure of all documents by 2017, 54 years after JFK was killed.”

The Fox News host noted that both the Trump and Biden administrations ultimately withheld “thousands of pages of CIA documents” pertaining to JFK’s death despite the 1992 law, with the latter being pressured by former CIA Director Mike Pompeo.

When inquired about Carlson’s JFK segment during a January interview with Revolver News founder Darren Beattie, 45th President Donald Trump explained why his administration did not release the entirety of the CIA’s JFK documents, most which can be accessed on the National Archives website.

Asked about Pompeo’s involvement in hindering the full release, President Trump acceded that the former Secretary of State may have played a part.

“As far as I was concerned, releasing it was good. They said some people were still living and you know, this and that,” said Trump. “They always have an excuse,” he lamented, adding that he will release all of the documents if he wins reelection in 2024.