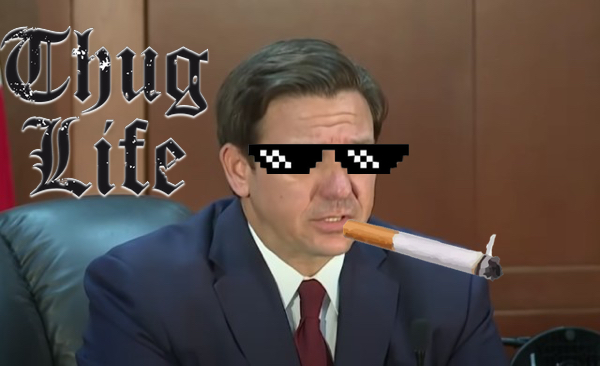 According to Bryan Griffin, Press Secretary for DeSantis, “The Florida Department of Education has rejected the College Board’s AP African American Studies course because it lacks educational value and historical accuracy.”

“As submitted, the course is a vehicle for a political agenda and leaves large, ambiguous gaps that can be filled with additional ideological material, which we will not allow,” Griffin continued, stressing DeSantis’ position that “our classrooms will be a place for education, not indoctrination.”

DeSantis made the decision to ban the curriculum the syllabus was obtained by The Daily Caller, which reported that educational materials included what seems to be anti-white racism:

The course also includes readings from Eduardo Bonilla Silva, author of “Racism Without Racists.” The book “examines in detail how Whites talk, think, and account for the existence of racial inequality and makes clear that color-blind racism is as insidious now as ever,” according to its description.

Similarly, The Daily Caller reported that students were to receive a lesson on “Black Queer Studies”:

Unit 4 includes a section titled “African American Studies: Movements and Methods,” under which is a lesson on “Black Queer Studies.” The section teaches students about “the concept of the queer of color critique, grounded in Black feminism and intersectionality, as a Black studies lens that shifts sexuality studies toward racial analysis,” according to the syllabus.

Notably, this isn’t the first time that Florida’s governor has cracked down on what he perceives as inappropriate or “lacking educational value” courses being taught in public schools; recently Governor DeSantis signed legislation banning certain K-12 curricula deemed controversial from being used in public schools around the state.

This became known as an “anti-grooming” bill, as it prevented educators from exposing elementary school children to alternative sexual lifestyles.