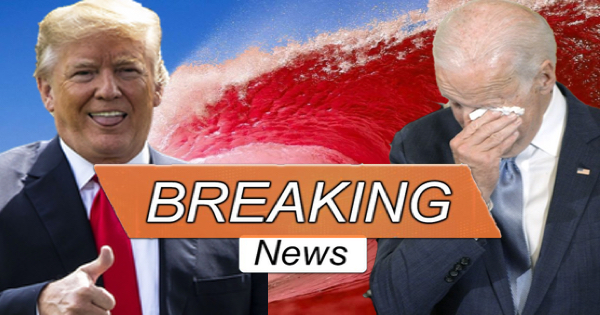 It is abundantly obvious that the Democrats are willing to do ANYTHING to try and catch Donald Trump in a jam.

They have spent the better pat of a decade desperately trying to find ANY HINT of evidence that Trump has done something wrong … to no avail.

One of their man angles have been getting their hands on Trump’s tax returns … even though this has already backfired on them tremendously on the Rachel Maddow Show.

The one and only Founder of The Gateway Pundit, Jim Hoft, reported:

Democrats and their supporters in Big Tech, Big Pharma, and Big Corporations are quickly turning America into a socialist state where opposition candidates are continually harassed and attacked using the Stalin rule.

On Tuesday Roberts blocked the latest unconstitutional investigation on Trump.

The Democrats cannot leave President Trump alone. They know they can’t beat him in a fair race.

The Supreme Court on Tuesday temporarily halted a House panel from accessing the financial records of former President Trump ahead of their expected release.

The move, which comes in response to an emergency request Trump filed on Monday, was ordered by Chief Justice John Roberts, who handles emergency matters arising in the District of Columbia.

It comes after a lower court cleared the way for the House Ways and Means Committee to obtain the records as part of a long-running legal battle.