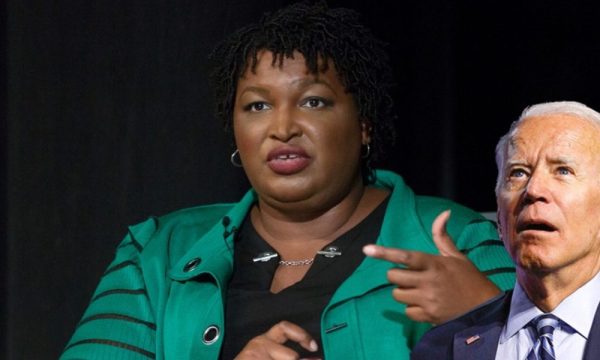 ICYMI| Stacey Abrams has suffered a major setback in her effort to thwart state law and to raise tons of money from out-of-state donors for big bucks. Candidates who have won their party nomination or are the incumbent are allowed to raise an unlimited amount of money for the general election. But, Abrams sued to allow herself to raise unlimited funds despite not having yet won her party’s nomination, although she is as of yet running unopposed.

The raising of unlimited donations can be gathered by the use of leadership committees, but those are only available for the nominees of their party. This campaign finance law was passed by the Republican-controlled assembly last year. Critics say it gives Gov Brian Kemp an unfair advantage and that is true unless he loses his primary against Trump-endorsed, former Senator David Perdue. Abrams will become the official candidate of her party on May 24th.

The ruling came as no surprise to anyone since  Judge Mark Cohen had already signaled his disapproval of her lawsuit.

“This Court will not rewrite Georgia law to enable One Georgia to stand in the same shoes as a leadership committee that, in the Plaintiffs’ view, is operating in violation of the First Amendment.”

Abram’s lawyers claimed that Abrams should be considered the nominee since she is running uncontested. But, Judge Cohen said that they should have sought to limit fundraising by Kemp and not allow Abrams to raise an unlimited amount. David perdue had already sued to limit Kemp from raising money, but Kemp can still raise money for the general election.

State party chair U.S. Rep. Nikema Williams tried to help Abrams’ case by submitting a sworn affidavit that she was the party’s nominee.

Former Sen. David Perdue, who is challenging Kemp for the Republican nomination, also sued over the leadership committee law, arguing that it gave Kemp an unfair advantage in the primary election. The same judge agreed with Perdue and ruled in February that Kemp could not use the leadership committee funds in the primary election but could continue raising funds for the general election.