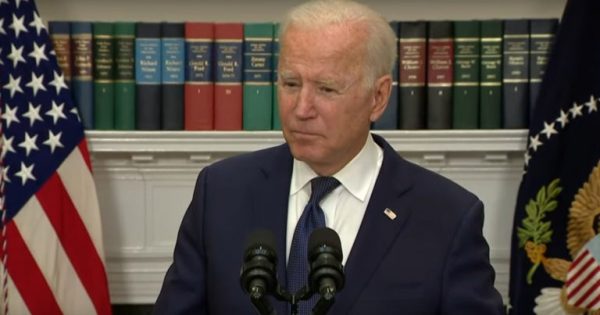 ICYMI| The Democrat and criminal-led movement to defund the police has caused proponents of law enforcement to choose a different side, and in VA, the third Democrat Sherriff, has left the party.

“Thanks to its increasing anti-police extremism, the Democrat Party has lost three influential voters in Virginia,” Bizpacreview reported on Thursday.

The three influential voters — Sheriff Chip Shuler of Smyth County, Sheriff John McClanahan of Buchanan County, and Sheriff Brian Hieatt of Tazewell County — were once all Democrats. But not any anymore.

Shuler made his switch two Mondays ago when he formally filed a membership application with the Smyth County Republican Committee. The application was promptly approved, as reported by local station WJHL.

“I am changing to the Republican Party because of the relentless attack on law enforcement by Democrats in Richmond and Washington. My deputies work hard to serve and protect the citizens of Smyth County,” he said in a press release at the time.

“As sheriff, it has been difficult to watch my deputies try to move forward during this unprecedented assault on our profession,” he said in a press release. We remain an honorable profession and should not be judged by the bad acts of a few,” he added.

McClanahan and Hieatt both made their conversions in 2020.

“My career is a large part of my life and I consider it to be my calling. I have said it many times but the Democratic Party that we know today is no longer the party my grandfather was involved in,” McClanahan said in a statement last September.

“The ideologies of the party have shifted away from those traditional values. Currently, the Democratic Party is going against everything I stand for, pushing for defunding the police and the taking away of safeguards that have been put in place for us,”  he added.

McClanahan, who switched parties last year, said that he couldn’t “be associated with the National Democratic Party” due to bills introduced at the state and federal level that would “negatively affect” communities and his “livelihood.”

“Democratic leaders across the country have been ones that are pushing for bills that negatively affect law enforcement, as well as other values I stand for,” he said in his statement. “I have many friends within our local Democratic Party and hold no negative feelings toward them.”

The Democrat party’s plans to defund the police have backfired on them.

At least one candidate is running on refunding the police for 2022. Fox News reported on GA Governor candidate Vernon Jones, who also left the Democrat Party to become a Republican:

In April, Jones announced he would challenge Republican incumbent Gov. Brian Kemp in 2022.

“I’ve demonstrated strong leadership. I’ve had to run a government. The buck has had to stop with me,” Jones said.

“We cannot be soft on criminals and tough on crime,” said Jones. “This is a challenge for us right now. There’s been a lack in leadership.  We are literally harder on police officers–we are handcuffing them–so, they can’t do their jobs.”