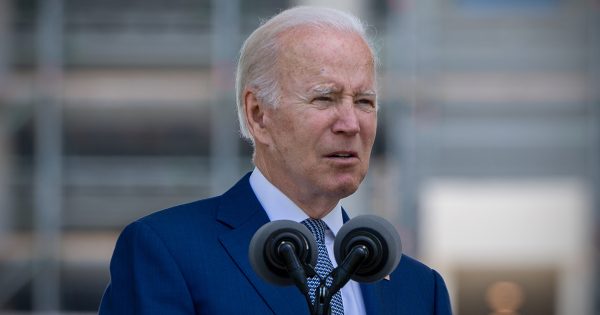 One good thing that came out of McCarthy’s record attempts to win enough votes for Speaker of The House is the concessions he was forced to make in order to gain the votes he needed to secure the title.

Matt Gaetz told reporters that he ran out of things to ask for in exchange for giving up on his resistance to McCarthy’s bid for Speakership.

Now, in the first week of McCarthy’s reign the fight and their subsequent concessions are already paying dividends …

The House of Representatives is slated to vote on a bill Monday night that would cut more than $70 billion in Internal Revenue Service funding in an effort to prevent the agency from conducting new audits on Americans — fulfilling newly elected House Speaker Kevin McCarthy’s promise ahead of taking the gavel.

The Family and Small Business Taxpayer Protection Act from Reps. Adrian Smith, R-Neb., and Michelle Steel, R-Calif., would roll back the billions of dollars of funding for the IRS that was approved in the Inflation Reduction Act last year.

Smith’s bill leaves in place funding for customer service and improvements to IT services at the IRS but rescinds several categories of unobligated funding, including money that could be used to conduct any new audits on Americans. In total, it would claw back $72 billion of the funding Congress approved for the IRS last year.

The Inflation Reduction Act granted an $80 billion boost to the IRS over a 10-year period, and more than half of those funds were aimed at helping the agency crack down on tax evasion. In 2021, the Treasury Department estimated that $80 billion would be used to hire 87,000 auditors and other new staff. Republicans have said they would fight this aggressive expansion that would more than double the agency’s current size.

“Our bill leaves in place funding for customer service and IT improvements because IRS is in desperate need of reform, but it protects middle-class families from audits they cannot afford,” Smith said.

The vote is scheduled for Monday evening — just days after McCarthy, R-Calif., secured the House speakership after an intense 15-round vote battle that took all week.’