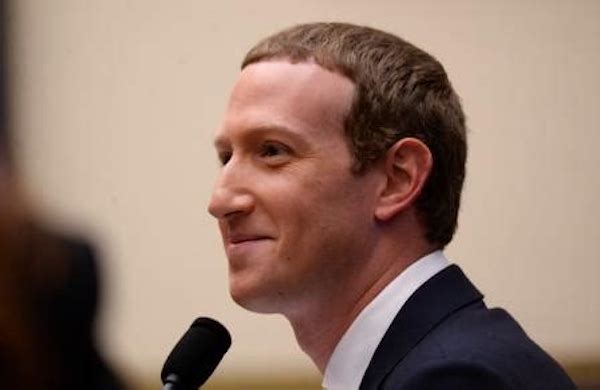 Tito Ortiz was a world champion fighter in the UFC and was inducted into the Hall of fame in 2012. Today, he is a world champion dad, not only for his own kids, but to the kids of many others as well. He has become a fighter outside the ring now that his career in the ring is over. But this fight he has taken on is much more important than any of the ones that earned him induction into the Hall of Fame.

But, in one respect, Tito is totally wrong. Here is a quote from Tito:

“I’m not a right-winger. What I am is an American. I care about my children’s futures, my children’s friend’s futures, and just the freedoms we have in this country. And people say, ‘Right-wing, left-wing. You’re on the right, you’re on the left.’ No, I’m not. I’m strictly down the middle. I’m just a man who is fighting for his children, for their future, for school. We’re moving from Huntington Beach, California, because of how great a job DeSantis is doing there as governor, really protecting our children. I think that’s very, very important.”

With due respect to Tito, there is no middle ground. There is no position that is too depraved or morally bankrupt that the leftists won’t support it to the death. Kill babies? No problem, even after they are born. Just leave them on the table and check back in a couple of days to make sure they are dead before throwing them out in the garbage.

Grooming kids to be gay and transgender? That is an utter necessity, otherwise, what would the country’s pedophiles do for thrills.

Teach all of the children Critical Race Theory so every child knows who to hate. Children of color should hate whites and white children should be taught to hate themselves.

This is a battle for the heart and souls of children all over this country. No one can afford to be in the middle.

Tito became a champion in the ring through dedication to the belief that he could be the best. Now, outside the ring, he inspires children to be their best, no matter what they decide to achieve in life.

The toughest thing in life is doing the right thing, which is never the same as doing the easiest thing. Tito’s children were homeschooled for years in order that they not be indoctrinated by the woke California school system. He moved his family from California to Florida, where the state under the leadership of Gov Ron DeSantis has taken up the fight for the children in his state.

And what did this man get for his efforts to improve the lives of others? He gets banned from Mark Zuckerberg’s Instagram without so much as an explanation why.

Today Sunday, April 24, 2022 my verified Instagram account @TitoOrtiz1999 with over 350k followers was deleted by Instagram with no warning and no email. I have been given warnings by Instagram like everyone I know for what they claim as miss information. We are all well aware that the truth is not permissible on Instagram and Facebook. I am disgusted with this platform when it allows child pornography, pedophilia, terrorists,and gang members, But it will shadowban anyone with critical thinking, natural medicine, opposing political views, and speaking up for what is lawful and right!! This is a tactic I have seen before my wife lost her verified account in 2020 the exact same way. The censorship must stop!! I have started a new account I hope however I will get my old account back but for now you can find me @TitoOrtizIG

Tito has been banned by Instagram because of his morals. Simply put, he has them. The leftists cannot allow people like him to be heard because it goes against everything they stand for.

Relax, Tito. Being banned by Mark Zuckerberg is akin to being evicted from Hell. I have no doubt that a man such as yourself can make himself heard by millions simply because you have something important to say. People will follow you because you are a true leader.

People follow Joe Biden, but only out of morbid curiosity. The same way that people follow a drunk driver because they want to see what he is going to crash into.