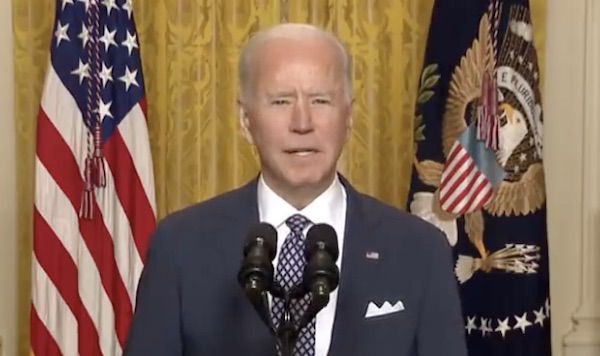 In Case You Missed It …

If you thought that 2020 had some rough patches … 2021 is likely making your head spin.  Yes, Trump has his own way of doing things, he shot from the hip and said what he was thinking, not what was scripted for him.

Now Biden is in office and he’s not capable of speaking what’s left of his mind OR reading from a script of someone else’s words.  Honestly, I just feel badly for the guy, don’t want to beat up on him, I just want to let the man rest.

Joe has spent nearly 1/2 a century fleecing the United States, the man is tired, can we please just let him … ‘fade into Bolivia’ like Mike Tyson once said he would do after losing a big fight:

‘Joe Biden read a speech today to the Virtual Munich Security Conference.  He slipped and slurred his way through it till he finally used the N-word.  What a disgrace.

Biden was only 15 minutes into reading his speech when he slipped up and said at the 15:33 mark (below):

…I’m either to hear, I’m eager to hear. (pause) Ni$$er to hear, next from my good friends, and outstanding leaders, sanser(??) Merkel about her thoughts on the way forward together…’

Steven Crowder was one of the first people to pick up on the absurd, troubling and honestly, shameful, ‘gaffe’.

It’s shameful, but not so much for Joe Biden, but for everyone in the DNC who is letting this man make a fool of himself, day in and day out.

That’s not to even mention what having a doddering old man who can not even read off a teleprompter ‘leading’ our nation.   The CCP is laughing in our faces right now.  The Biden family is likely the cheapest, highest returning asset they have ever purchased.

The Gateway Pundit went so far to to check the close captioning, and even the computer that analyzed Joe’s speech contour with our ears, much to the chagrin of … well, everyone.  This is what the kids call ‘cringe’. 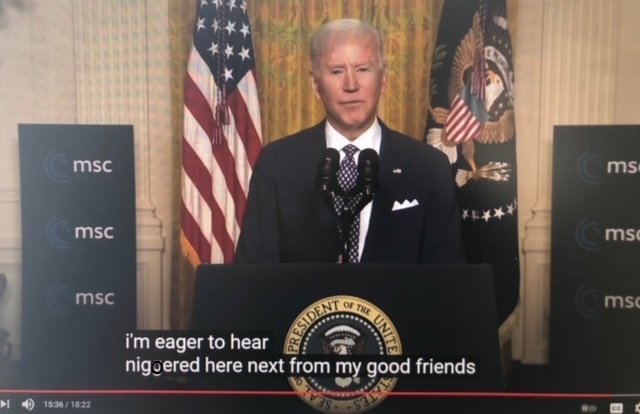 I can not help but think of the double standard that exists between what is tolerated from Biden, and any Democrat for that matter, and what they would have said had Trump uttered the no-no word.

Or, imagine if there was a clip of Trump saying something as tasteless as this:

That’s not a gaffe, that’s what called ‘racism’ in today’s cancel culture and if a conservative made this tasteless joke they would be on the next rocket to deep space, along with their career.

Joe Biden is just simply, not all there.