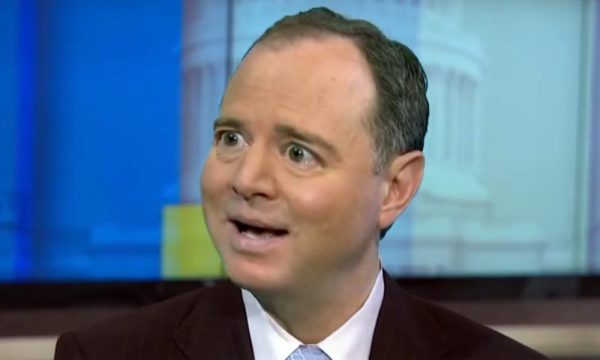 Adam Schiff being the head of the intel committee in the House is like putting Adolph Hitler in charge of the Israel.

The man has done so much to undermine confidence in the nation through his intel leaks and down right made up stories about President Trump it is down right absurd.

Luckily for America, McCarthy (if you can trust the man further than you can throw him) is now vowing to put Schiff in his place … as far away from sensitive intelligence as possible …

During the conversation, McCarthy was asked about those Republicans in the conference who refuse to back him as Speaker.  McCarthy will need to win a majority of Representatives to gain the speakership and several Republicans have already announced they will not endorse McCarthy for Speaker.

Kevin McCarthy also announced that he will not allow Eric Swalwell and Adam Schiff on the House Intelligence Committee.

Schiff is famous for pushing rank lies and leaking information from the committee to the liberal press.

Swalwell was sleeping with Fang-Fang, a Chinese spy.

McCarthy made this promise earlier that he would not allow Schiff, Swalwell, and Ilhan Omar on House committees.