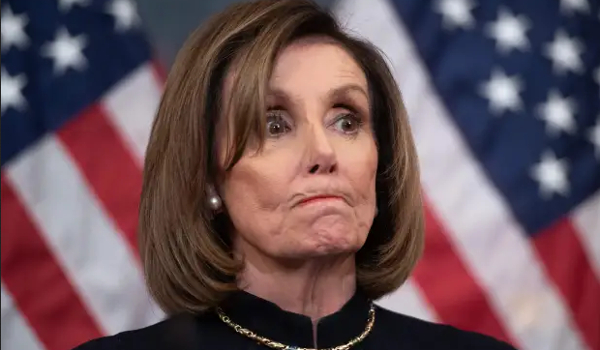 What a sweet day it is!

There is little I enjoy less than watching a smug Nancy Pelosi lecture the nation from her perch as the Speaker of The House.

Luckily for us, we will not to see that crap happen anymore …

Speaker Nancy Pelosi on Thursday arrived to Capitol Hill to announce her plans for her future in the Democrat caucus moving forward after the Republicans took the House Majority.

Pelosi entered the House chamber to a standing ovation after she spent years destroying this country.

Speaker Nancy Pelosi enters the House chamber to a standing ovation ahead of her announcement on plans for her future. pic.twitter.com/3Gxwn988cF

“With great confidence in our caucus, I will not seek re-election to Democratic leadership in the next Congress,” she said.

Speaker Nancy Pelosi (D) announces she will step down from Democratic leadership next year, calling for a “new generation” to lead House Democrats:

“With great confidence in our caucus, I will not seek re-election to Democratic leadership in the next Congress.” pic.twitter.com/SqaA5QkTyj

Pelosi was the first woman to become Speaker of the House and has served in Congress for 35 years.