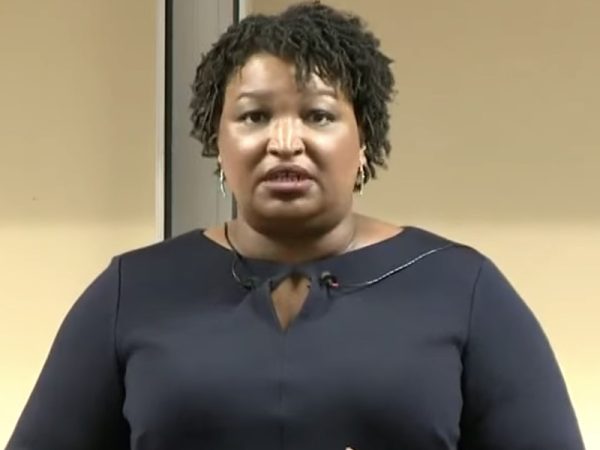 Syndicated via Valiant News| Gabriel Keane|  Failed 2018 gubernatorial candidate and current Democrat nominee for governor Stacey Abrams is receiving backlash after blaming the pain of high gas and food costs on children, and suggesting that women should get abortions to fight inflation.

“[Abortion has] been reduced to this idea of a culture war,” Abrams said during an appearance on MSNBC. “But for women in Georgia, this is very much a question of whether they’re going to end up in poverty in the next five years because women who are forced to carry unwanted pregnancies.”

“They’re four times more likely to be impoverished within five years,” she continued. “They’re twice as likely to be on food stamps. This is an economic issue and it’s being reduced to this culture conversation.”

“While abortion is an issue, it nowhere reaches the level of interest of voters in terms of the cost of gas, food, bread, milk…what could you do as governor to alleviate the concerns of Georgia voters about those livability, daily, hourly issues that they’re confronted with?” MSNBC ‘sMike Barnicle countered.

Abrams replied that “having children is why you’re worried about your price for gas, it’s why you’re concerned about how much food costs.”

.@staceyabrams says abortion can help address inflation issues: "Having children is why you’re worried about your price for gas, it’s why you’re concerned about how much food costs. For women, this is not a reductive issue." pic.twitter.com/BNHJWqKRpa

“For women, this is not a reductive issue,” Abrams claimed. “You can’t divorce being forced to carry an unwanted pregnancy from the economic realities of having a child. It’s important for us to have both/and conversations. We don’t have the luxury of reducing it, or separating them out.”

White House press secretary Karine Jean-Pierre refused to defend Abrams’ comments on Wednesday, declaring “I’m not going to comment on that” when asked.

"In Georgia, the president's endorsed candidate for governor, Stacey Abrams, is suggesting that one way to mitigate the effects of inflation is to get an abortion. Does Pres. Biden agree?"

Karine Jean-Pierre: "I'm not going to comment on that." pic.twitter.com/6PyTFRtHYG

Abrams’ remarks have yet to be endorsed by any prominent economists.