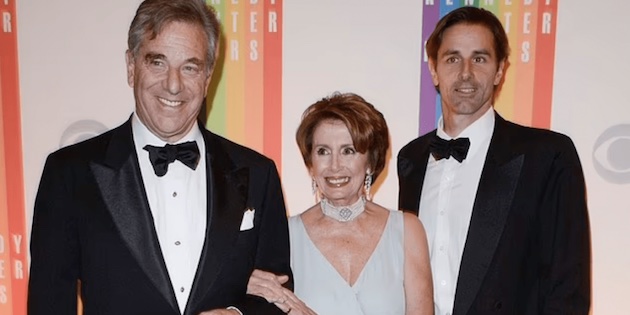 Paul Pelosi Jr is making a lo9t of money in China, where he is the second largest investor in Borqs Technologies, where he is a consultant. In return, he received 700,000 shares in the company. What makes this suspicious to me is that he is only a consultant. He was with five companies that have or are under investigation. Secondly, he received what amounts to a huge share of Borqs the day he started with not one dime out of his pocket.

He must be one heck of a consultant, or his mother must be a very powerful woman, worth buying to the communist Chinese regime. Why couldn’t one of my parents be vice president or the Speaker of the House? Instead of working so hard, I could lay back and let the Chinese support me. I would have settled for 600,000 shares of the company and my advice would be better than his. At least I wouldn’t advise them to jail.

From The Daily Mail

In September 2019 Chinese law enforcement detained the president of one of Borq’s subsidiaries and seized copies of contracts and accounting records in a reported fraud investigation.

A later SEC filing from May 2022 listed the top 10 shareholders which did not include Pelosi Jr., suggesting he has slipped down the rankings of top shareholders since last year.

Nancy’s spokesman, Drew Hammill, also told DailyMail.com neither company has ties to Asia and neither processes mined lithium. Neither currently have revenue.

DailyMail.com’s revelation of Pelosi Jr.’s role in the Beijing-based company comes after he and his powerful mother visited Taiwan in a show of solidarity for the nation that China controversially claims is part of its sovereign territory.

Pelosi Jr.’s name was not listed in the official delegation sent out by the Speaker’s office. In a statement this week the Speaker admitted her son was her ‘escort’ on the trip in lieu of her husband when questioned by the press.

Nancy’s son’s ties to the Chinese firm could put the House Speaker in an awkward position over her current campaign to tackle the Chinese government’s aggression abroad and its corporate influence in the United States.