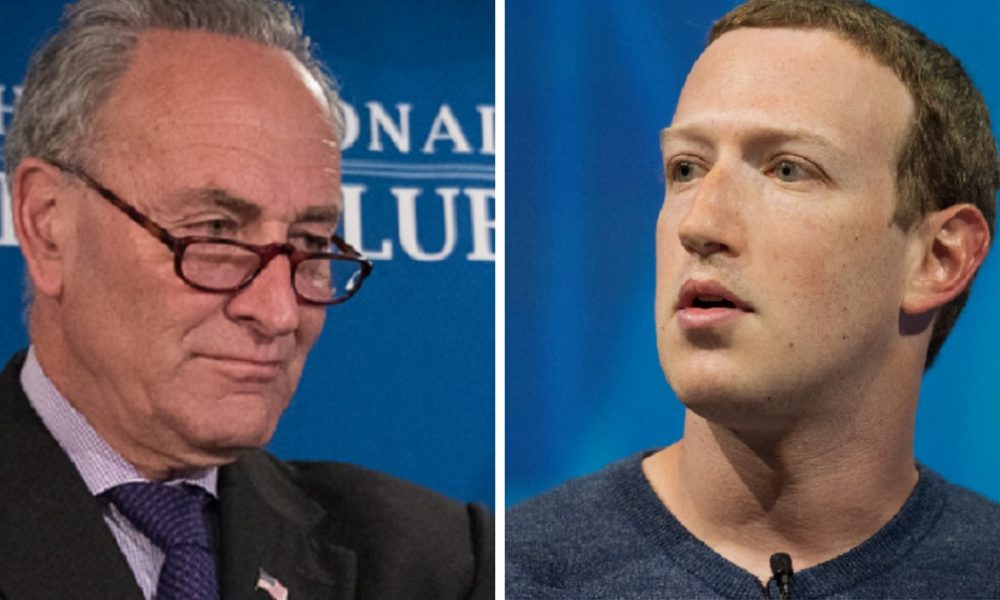 ICYMI| The New York Post has reported that the daughter of Senate Minority Leader, Chuck Schumer, is now employed by Facebook.

This comes on top of $50,000 that the social media giant’s employees, including upper management, “donated” to the New York Democrat.

According to Glassdoor.com, Alison Schumer, the senator’s youngest of two daughters, earns an estimated $160,000 annually as a Facebook product marketing manager.

“It sure looks hinky.  This is an industry that’s been trying for years to fend off heavy government regulation by actively cultivating relationships with senators and House members.”

It appears that Facebook spent its money wisely.  Schumer has become perhaps Facebook’s strongest congressional ally at a time when Republicans in Congress are investigating ways to curb the company’s policy of censoring conservative views.

Last week the New York Times reported that Schumer had pressured Democratic Senator Mark Warner to back off his investigation of Facebook.

Schumer’s support for Facebook remains steadfast despite the fact that Russian trolls had used Facebook to interfere in the 2016 election and following congressional hearings that uncovered Facebook’s strategy for collecting, and selling, the personal data of its users..

It’s hard to discount that Schumer may have been able to consolidate Democratic support around defending Facebook because of the extreme political disadvantage the company puts conservatives and Republicans at.

Following the 2016 election, Facebook began employing a new algorithm that suppressed the reach of websites favoring conservative opinion by 90% and more.

“Sen. Schumer has worked aggressively to push Facebook to do more to purge fake accounts and bots used by the right wing and Russians to perpetuate a disinformation campaign and interfere with our elections.”

Those are the same labels Facebook uses to excuse its censorship of conservatives.  If you’re a conservative you must be fake, a bot, or a Russian troll.

Hopefully, the revelations by the Post will neuter Schumer’s influence and force congress to take action.

If they don’t, it’s likely that President Trump will.

Obviously, the above tweet has been removed seeing as Twitter banned the sitting President of the United States from its ‘platform.’