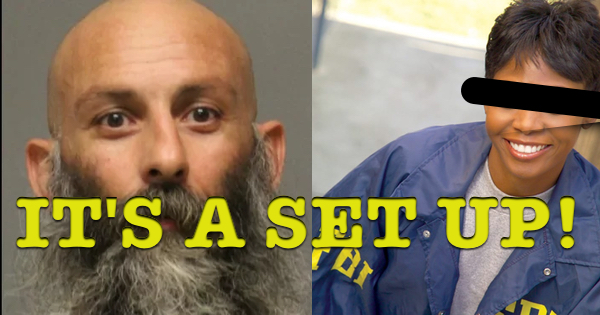 The retrial of two men who had a hung jury in a previous trial of four defendants in the alleged plot to kidnap Gretchen Whitmer. Two men were found not guilty due to entrapment by the GBI and its informants. Two others had hung juries. They are now being retried. One of the men, Barry Croft is said to have slept in the same bed and smoked pot with a female FBI agent.

We know this to be true because she admits it was. Just how far is the FBI and its agents willing to go to get a conviction? Possibly all the way? If it sounds a lot like the January 6th setup, there could be a reason for it. The same special FBI agent ran both events. The FBI planned the Whitmer attack, organized the attack, paid for the attack, and recruited local men to join in their planned attack.

The female agent interacted with Croft during a week of training run by the…..wait for it…..the FBI. The case involved a mixture of a dozen FBI agents and only six alleged plotters.

Under cross, FBI agent couldn't say if that was against FBI policy handling informants.

"Sometimes informants have to play along."

They also smoked pot together. FBI agent: "It's an illegal activity. They can't participate in that."

Defense atty: "The Facebook page that all this was going through was created by the government. We put in a record today that showed that Steve Robeson (FBI informant) created the event in Wisconsin that you’re going to hear a lot about”

Robeson was paid at least $20k to work the hoax. He organized a "militia" conference in Ohio a week after the Floyd riots to bring group together, hosted numerous excursions, and recorded hundreds of hours of conversations with FBI targets in this case.https://t.co/NgcORicSUV

The case, which we now know was comprised of virtually all FBI agents and informants, took another devastating hit in August.

Michael Hills, an attorney for Brandon Caserta, one of the six defendants, produced text messages showing an FBI field agent telling an informant to lie, frame an innocent man and delete text messages.

This is why federal prosecutors are refusing to hand over text messages and laptops from FBI informants in the Whitmer kidnapping case. The FBI actually hatched the plot. paid for the plot, ran the plot, and set up the innocent men in their immoral scheme.

Two men were found guilty in the FBI’s made-up kidnapping case in Michigan, and two men were released due to a hung jury back in April.

Now the two men released by the hung jury are back in court.

One female FBI agent admitted today during testimony that she slept in the same hotel room, and the same bed, during a training weekend with FBI target Barry Croft.

And… she smoked pot with him.

The female FBI agent told the court, “Sometimes informants have to play along.”