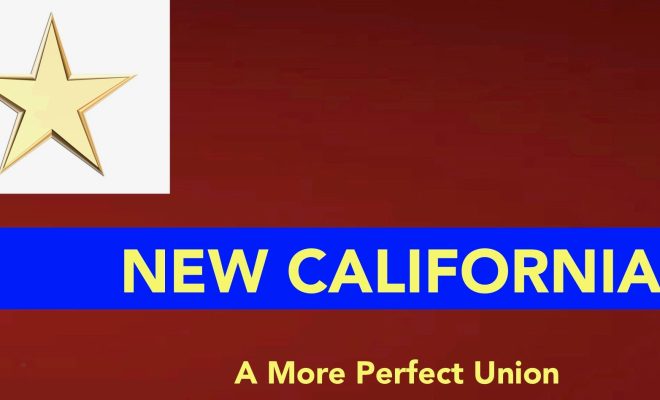 For about five years, people in California have been trying to break the state into two parts. One for the far left whackos who do not being driven into the poorhouse with exorbitant taxes and a high cost of living due to the endless state regulations, and the freedom-loving conservatives who want to see themselves enriched rather than the California legislature. They claim they can get there using the West Virginia plan.

They claim it is enshrined in the constitution provided for in United States Constitution, Article IV Sections 3 and Section 4.

New States may be admitted by the Congress into this Union; but no new State shall be formed or erected within the Jurisdiction of any other State; nor any State be formed by the Junction of two or more States, or Parts of States, without the Consent of the Legislatures of the States concerned as well as of the Congress.

ArtIV.S3.C1.1.1 Admission of and the Rights of New States

ArtIV.S3.C1.1.1.1  Admission of and the Rights of New States: Historical Background

ArtIV.S3.C1.1.1.2  Admission of and the Rights of New States: Doctrine and Practice

The United States shall guarantee to every State in this Union a Republican Form of Government, and shall protect each of them against Invasion; and on Application of the Legislature, or of the Executive (when the Legislature cannot be convened) against domestic Violence.

ArtIV.S4.1.1 Guarantee of a Republican Form of Government

ArtIV.S4.1.1.1  Guarantee of a Republican Form of Government: Historical Background

ArtIV.S4.1.1.2  Guarantee of a Republican Form of Government: Doctrine and Practice

I’m not a lawyer, but the West Virginia model is much different than the present situation in California. West Virginia split from Virginia because of slavery and Virginia’s secession from the Union. But, because Virginia seceded from the Union, the state legislature did not have to approve of the split, and all representatives from states that broke away from the Union left no opposition in Congress to prevent the acceptance of West Virginia.

If you notice Section 3 above, it clearly states that the split must be approved by the legislature of any state affected and further, it must be approved by the Congress of the United States. That will never happen because it would hand Republicans two new Senators and because the leftists in Southern California will not be willing to give up control of the rest of the state and the tax revenues it produces.

← Previous Story ALERT: China Retaliates Against Nancy Pelosi For Her Visit To Taiwan
Next Story → DeSantis Identifies & Suspends Soros’ Man On The Inside!