JUST IN: Senator Tim Scott Comes Out of the Closet 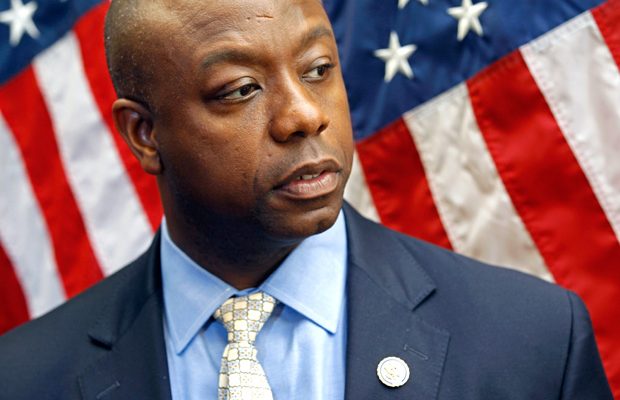 I’m not a fan of Oprah, however, there is one thing she said that I think about all the time: ‘when someone shows you who they are, believe them.’

Senator Tim Scott showed his true colors and made it known that he is for anti-Trump and disgusting anti-American RINOs like Senator Lisa Murkowski from Alaska.

Senator Tim Scott from South Carolina has been a nothing burger in the Senate.  He has done nothing outstanding and has no bills worth mentioning.  So when the corrupt elites picked Scott to provide the rebuttal to Joe Biden in 2021 it was a bit of a surprise.

Biden had just stolen the 2020 Election in the greatest steal in US election history.  Rather than mentioning that material event and supporting Americans who knew this to be the case, Scott decided to pass on the elephant in the living room.

The elites were ecstatic with Scott’s speech.  Trump was gone and the GOP elites thought that Scott could fill his shoes.  What ignorant creeps.

Now it comes as no surprise that Senator Scott would support Alaska Senator Lisa Murkowski in her reelection campaign in Alaska.  Murkowski votes with Democrats and can always be counted on to turn her back on the massive GOP base and vote with Senators like Democrat California Senator Feinstein.

This is excellent news because South Carolina Senator Tim Scott has long been a DeceptiCon hiding out and tricking most of the Tea Party republican base of voters for several years.  Some completely fooled people have even promoted Tim Scott’s name for the presidency.

As an attendee to the 2016 Sea Island Summit, Tim Scott pledged his allegiance to his one true god, money.  That is the only allegiance of the American Enterprise Institute. After his initiation he joined the ranks of the manipulative DeceptiCons in the senate led by Mitch McConnell.  This endorsement is simply further evidence:

We need strong leaders like Lisa Murkowski – someone who has worked tirelessly for the people of Alaska her entire career. Alaska, please join me in supporting @LisaForSenate! pic.twitter.com/VDXITMciEo

And here is Scott praising RINO and Trump-hater Nancy Mace:

When we come together we have the opportunity to better understand one another.#SCPB22 pic.twitter.com/9J5cfBhhhT

There are just oh so many wolves in sheep’s clothing amongst the Republican Party.

The great Ronald Reagan urged us to ‘trust but verify’, in today’s world we may need to rethink that and start verifying BEFORE we trust any of these politicians …