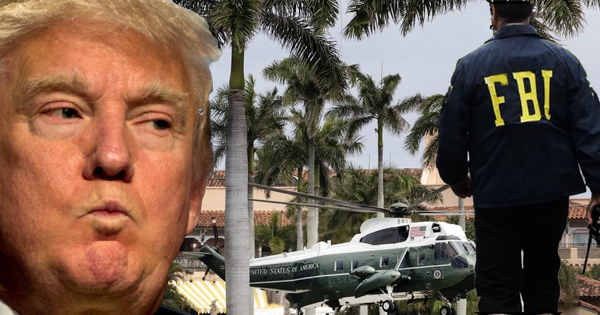 One can only imagine what it must be like to be President Trump, not knowing who around you is pretending to be your friend when in actuality they are really a deep state mole.

It’s amazing that Trump continues on in the sphere of politics with so many snakes occupying the political ‘waters’, all while The Donald could focus on business instead and exponentially grow his fortune trading off the public’s love for ‘Ol’ 45.’

After yesterday’s unprecedented no knock raid of President Trump’s Mar-A-Lago, rumors have been swirling concerning what exactly the American gestapo seized …

‘Another day, another leak by the FBI Deep State to damage President Donald Trump.

The Deep State FBI leaked the contents of the boxes of documents they took in the raid on President Trump’s home on Monday night.

According to the anonymous leak to The Wall Street Journal the items included:

The Wall Street Journal, citing a leaked inventory of what was taken from the Palm Beach resort, reported that agents removed around 20 boxes as well as a handwritten note, binders of photos, and Trump’s clemency grant to his longtime adviser Roger Stone.

Among the classified materials collected were four sets of top secret documents, three sets of secret documents and three of confidential documents, according to the three-page list. Top Secret is the highest level of classification the US government can give information, followed by secret and confidential.

Former Trump advisor Rick Gates said the latest leak confirms this was a fishing expedition by the FBI to indict President Trump.’