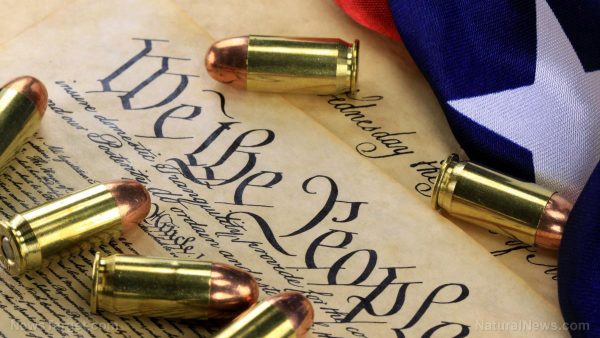 Erica Carlin| A Missouri sheriff and the state’s attorney general are telling the FBI they will not comply with audits they say will infringe on gun owners’ privacy. The FBI is reportedly demanding private information on gun owners.

“As the sheriff of Scotland County, I want all my citizens to know that I will not allow, cooperate or release any CCW information to the FBI, ‘even at the threat of a federal arrest,’” Whitney told his community in a letter on Monday, Fox News Digital first reported.

“Point Blank, ‘I will go down with the ship if need be,’” the sheriff added.

Missouri Attorney General Eric Schmitt also demanded that the FBI “cease their attempts to illegally obtain information from local sheriffs on Missourians who have concealed carry permits,” and sent a letter to FBI Director Christopher Wray on the matter last week.

State leaders have reportedly been informed that the FBI is set to audit some 24 Missouri counties concerning Concealed Carry Weapon (CCW) information next month. Scotland County Sheriff Bryan Whitney and Attorney General (AG) Eric Schmitt, both Republicans, say that won’t happen if they can help it.

“The FBI has absolutely no business poking around in the private information of those who have obtained a concealed carry permit in Missouri,” Schmitt said, according to a press release. “The Second Amendment rights of Missourians will absolutely not be infringed on my watch. I will use the full power of my Office to stop the FBI, which has become relentlessly politicized and has virtually no credibility, from illegally prying around in the personal information of Missouri gun owners.”

The sheriff went public with his struggle to bring attention to what has been happening behind the scenes in hopes that sharing the story will help reassure the FBI to back off. So I hope we can all do our part and help his story be known.