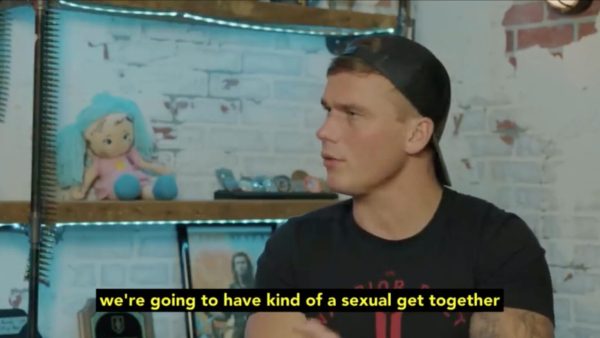 As usual, the Gateway Pundit called our attention to this piece.

There have been films made about the subject, most notable Eyes Wide Shut.

It’s one thing to hypothesize about these things taking place, and its a whole other thing to hear a sitting Congressman tell you first hand what is going on behind the closed doors of mansions in DC …

Rep. Madison Cawthorn, “I mean the sexual perversion that goes on in Washington. I mean being kind of a young guy in Washington and the average age is probably 60 or 70. And I look at a lot of these people and you know, a lot of them that I, you know, that I looked up to through my life. I’ve always paid attention to politics and then all of the sudden I get invited to like, hey we’re going to have some kind of sexual get-together at one of our homes. You should come by… What did you just ask me to do? And then you realize they’re asking you to come to an orgy. Or the fact that you know there’s some of the people leading on the movement to try and remove addiction in our country. And of doing cocaine right in front of you.

No wonder the elites hate Madison Cawthorn. He won’t play their games.

Via The Storm Has Arrived: