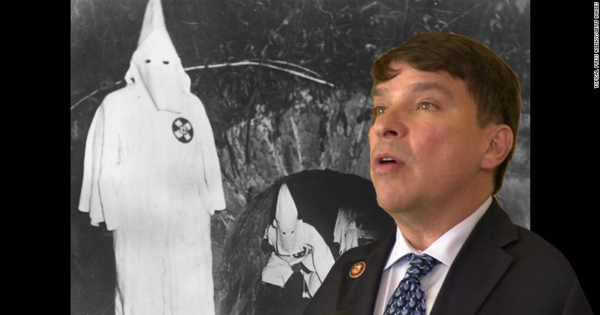 Rep. Vincente Gonzales (D-TX) paid $1,200 to the McHale Report Blog on June 24 for “advertising services.” What do these services include? Hurling racial slurs at his Republican opponent,  Mayra Flores. This is just typical behavior from the white supremacists in the Democratic party. Will he introduce a bill to bring back slavery or will hr pay someone to do it?

“My far-left opponent, Vincent Gonzalez, hired a local blogger to run hateful & racist ads against me. But, I love frijoles & I grew up eating frijoles. I am not embarrassed by my upbringing & frijoles w/tortillas de harina are simply the best. Here’s to Miss Frijoles 2022.”

“Miss Enchiladas” and similar terms. Included in other posts is conversation with a friend who discusses not wanting to spend the night with Flores because of concerns about “rotten p****.”

“I am a liberal Democrat. And it’s war against the Republican. I’m going to be merciless with her.”

“If you entertain any illusions of winning, you’re going to have to run on stronger issues than being baptized, Miss Frijoles. In your rebuttal to Miss Flores’ designation, you expressed your love for frijoles. Be careful, and don’t eat too many because you’ve already done enough farting out of your mouth.”

Democrats, including Gonzalez’s campaign, have said that they do not support the language used by McHale.

“Of course, the congressman is against referring to Rep. Flores as ‘Miss Frijoles’ or a ‘cotton-picking liar’,” said Collin Steele, Gonzalez’s campaign manager.

But, he isn’t against paying someone else to do it.

Last month, Flores won a historic special election race in Texas to become the representative for Texas’ 34 district. She became the first Republican to represent the area since 1870 and the first Mexican born congresswoman.

Flores responded to her victory with a statement saying that her “historic win will bring back God to the halls of Congress!”

“This win is for the people who were ignored for so long!” she continued. “This is a message that the establishment will no longer be tolerated! We have officially started the red wave!! #TX34 God, Family, Country.”