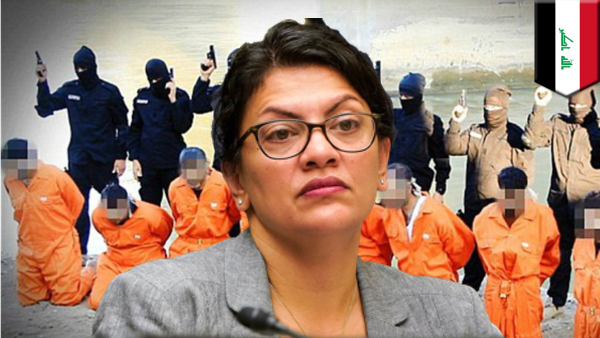 Rich Welsh| There were nonprofit groups that were found liable in a Hamas terror financing scheme for terror groups. Two of the men who held top positions in those groups helped organize campaign fundraising events for Representative Rashida Tlaib (D-MI) in 2018.

The two organizers who ran the events were paid for by Tlaib’s campaign. These are men who were linked to a network of nonprofit groups that were found liable by a federal jury in 2004 because they financed the terrorist murder of American teenager David Boim at a bus stop in the West Bank back in 1996. The federal judge ordered the 3 groups to pay Boim’s parents $156 million in a judgement for funding Hamas, which is a designated Foreign Terrorist Organization. The family got bupkis.

The groups involved were the Islamic Association for Palestine, the American Muslim Society, and the Holy Land Foundation. None of them ever paid the money, but instead shut down operations after they were ordered to pay the Boim family.

The United States government seized the assets of the Holy Land Foundation and sent 5 of its leaders to prison when they were given a decades-long sentence in 2008 for giving material support to the terrorist group Hamas.

One of the organizers for Tlaib’s campaign, Rafeeq Jaber, gave testimony at a deposition in 2003 explaining that he served as the president of the American Muslim Society and the Islamic Association for Palestine. During his testimony, Jaber said that two groups that he controlled worked to “promote [Holy Land Foundation] in every way we can” and handed out pro-Hamas documents, one of them being an editorial done in August 2001 that encouraged martyrdom operations and murdering Jews.

Jaber was identified as a member of the “Hosting Committee” for a Tlaib campaign fundraiser in July 2018, according to a flier posted on Facebook. Tliab’s congressional campaign paid for the event, according to the flier where it says, “Paid for by: Rashida Tlaib for Congress.” 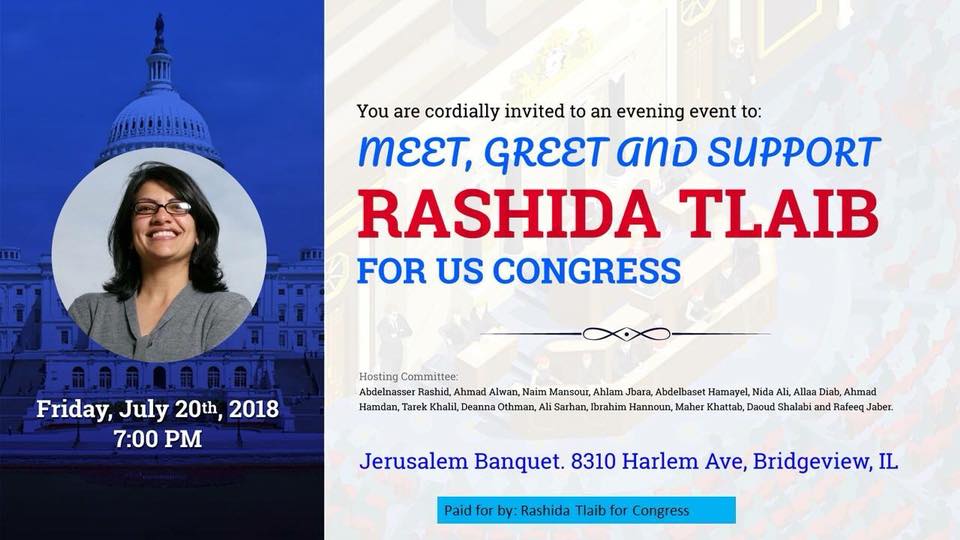 Jaber was also captured on video sitting in the front row of a Tlaib campaign fundraising event in March 2018, that was posted on Facebook.

Rafeeq Jaber later appealed to his followers to support Tlaib’s reelection campaign in 2020, posting on Facebook in July 2020 that the pro-Israel AIPAC, “radical right wingers and the white supremacists” want Tlaib out of office.

Can you believe this? A terrorist financier calls a pro-Israel group “radical” and “white supremacist” as he campaigns for a terrorist sympathizer in the Democratic Party.

He made another Facebook post in November 2020 that Tlaib and Representative Ilhan Omar (D-MN) help and serve the cause of Palestine and argued that not voting in the election won’t stop “the support for Criminal Israel.”

American Muslims for Palestine “is nothing more than a disguised continuance of IAP/AMS — stripped of the burden of the Boim Judgement and the ignominy of having been found liable for aiding and abetting the murder of an American teenager,” the 2017 lawsuit said.

Salah Sarsour, Tlaib’s second campaign organizer, did fundraising for the Holy Land Foundation and the Islamic Association for Palestine around the same time as Boim’s killing. He allegedly wrote checks from his business bank account to channel money to a Hamas militant.

In December 2019, Jamil Sarsour, Salah’s brother, confessed to the Israeli government, “I passed money over to Adel Awdallah several times, and my brother sent money to him through me several times too.”

Awdallah was killed by Israeli commandos in September 1998 for planning a terrorist attack.

“The checks that my brother Salah gave me were from a (UI) bank in Milwaukee, from the business account,” Jamil Sarsour said during his confession. “We didn’t want to use personal checks from either one of us so that the government shouldn’t trace the checks back to us personally. We did it this way so we could take checks abroad and send money to Adel Awdallah.”

Salah Sarsour played an active role in fundraising for the Holy Land Foundation “that is actually for HAMAS,” a 2001 FBI memo said.

On the American Muslims for Palestine’s website, it identified Salah Sarsour as a member of its national board.

On July 28, 2018, Sarsour co-hosted a fundraising event for Tlaib’s campaign as was written on a flier in a Facebook post where it says, “Paid for by Rashida Tlaib for Congress.” 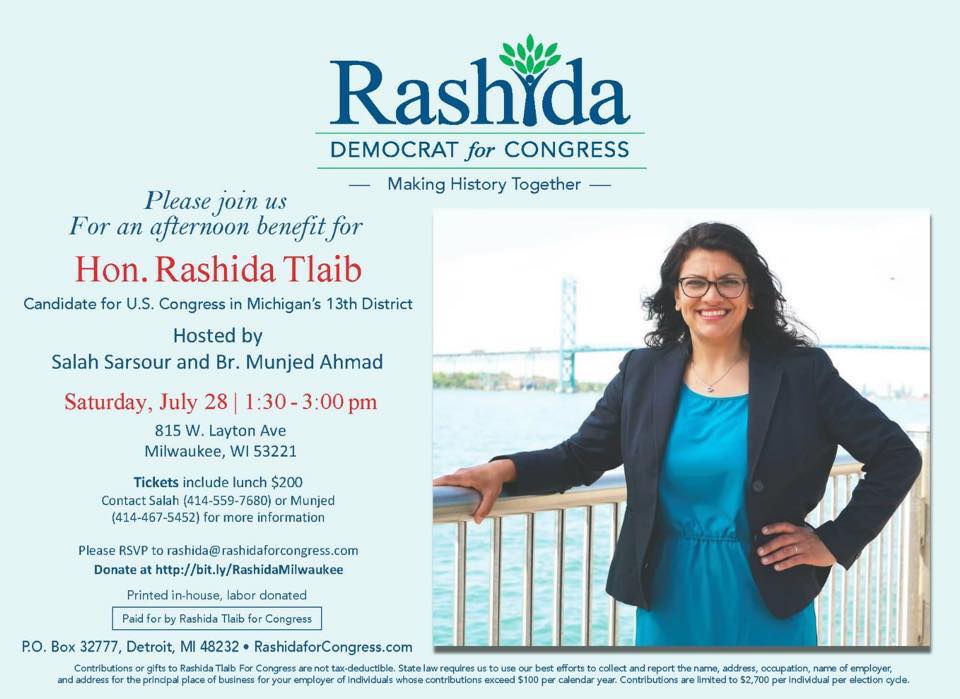 He shows up in multiple photos taken with Tlaib at the fundraiser. Tlaib clicked the heart symbol as a reaction to a Facebook post with 3 photos of her posing with Salah Sarsour at the fundraiser using her personal Facebook account. These are the people Rashida Tlaib is affiliated with. A sitting member of Congress is associated with people connected to terrorists and our misinformation news media has nothing to say about it.

Her primary race is coming up on August 2 for Michigan’s 12 Congressional District. I encourage Democrats to vote for either Kelly Garrett, Shanelle Jackson, or Janice Winfrey just to get a terrorist sympathizer off the ballot.

In the Republican primary, Steven Elliott of Rochester Hills, James Hooper of Livonia and Hassan Nehme of Dearborn Heights are running for the same seat. Either one of them would be your best bet if you want to elect a member of Congress who actually loves America and wants to improve it without burning it to the ground.