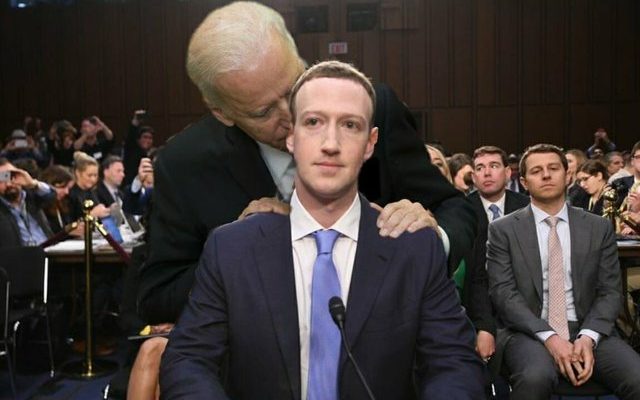 🚨BREAKING: Missouri and Louisiana just filed suit against Joe Biden, Jen Psaki, Dr. Fauci, and other top-ranking officials for allegedly colluding with social media companies to suppress freedom of speech under the guise of combating “misinformation.”

A federal judge has ordered the Biden regime to provide Missouri and Louisiana with any help they may need. But Biden disobeys the Supreme Court, so do you really believe he is going to listen to a lowly federal court? BTW, I heard a rumor that Joe Biden was going to start self-identifying as a man, but I doubt that anyone will buy it.

A federal judge ordered the Biden administration on July 12 to comply with information requests in a lawsuit brought by Missouri and Louisiana officials about alleged federal government collusion with social media companies to suppress important news stories in the name of fighting so-called misinformation.

The lawsuit could help bring to light the Biden administration’s behind-the-scenes efforts to discourage the dissemination of information related to the advent of the CCP (Chinese Communist Party) virus that causes the disease COVID-19 and the ongoing Hunter Biden laptop scandal, according to Eric Schmitt, Missouri’s Republican attorney general.

According to court documents, the states allege that the administration “colluded with and/or coerced social media companies to suppress disfavored speakers, viewpoints, and content on social media platforms by labeling the content ‘disinformation,’ ‘misinformation,’ and ‘malinformation.’”

“A federal court granted our request for discovery & documents from top ranking Biden officials & social media companies to get to the bottom of their collusion to suppress & censor free speech.

No one has had the chance to look under the hood before – now we do.”

You can file that under to dream the impossible dream.