Ex-Secret Service Man, Bongino, EXPOSES Biden Who Who He Really … Or Should I Say, Is NOT 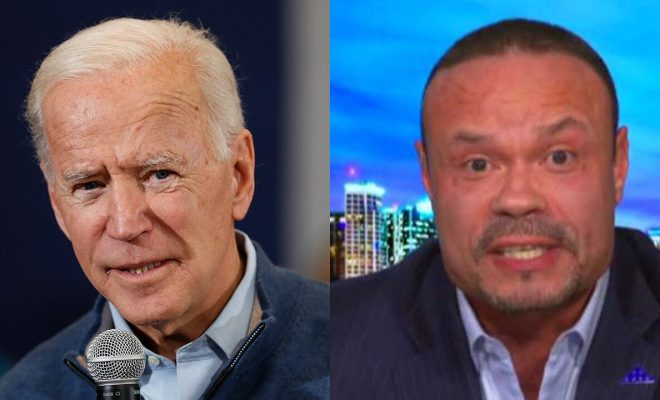 “I wish this monologue wasn’t necessary,” Bongino said. “I’m a citizen, I love this country, I love this place. I pledge allegiance to the flag every day, I have kids who are going to grow up here.”

“I wish American leadership under Joe Biden was not a complete embarrassment, simply for the sake of my country and, as I said, my kids,” the former Secret Service agent added. “But in the first 18 months of Biden’s term, it’s totally evident now, he’s become the beggar-in-chief.”

“He’s always begging,” Bongino continued. “Did you notice that? He’s always begging someone for something. The guy’s not a leader. He’s showing just how weak he is on the world stage, on the domestic stage, everywhere, and sadly, he’s making all of us, America, look weaker too.”

“People are watching, and I don’t mean like Robert DeNiro in ‘Meet the Fockers,’ I mean, like enemies of the United States are watching this,” he concluded.

Dan Bongino @dbongino blasts Biden for being the "Beggar in Chief":

"The guy's not a leader. He's showing just how weak he is." pic.twitter.com/U3HxSCHtGX

Everyone surrounding Joe Biden knew he was cognitively declining. The people from his campaign, the transition team, the members of his administration,  they all knew he wasn’t all there. His wife [Dr.] Jill Biden knew more than anyone. She finishes his sentences for him when he stumbles. I bet she ties his shoes for him. All those people have known he’s not capable of doing the job and yet none of them spoke up. Not a one. They care more about power than the country.