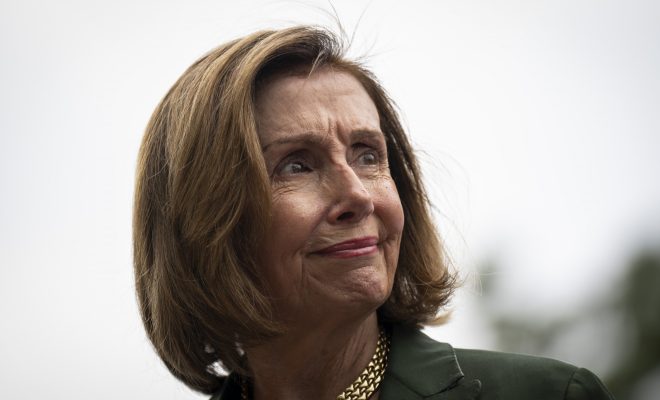 A Chinese Communist Party propagandist on Friday said House Speaker Nancy Pelosi’s plane may be shot down if she tries to land in Taiwan. I don’t think they have the guts, besides, I really don’t think they want to do anything to make us a better country.

Although Pelosi is planning to visit countries that are our allies such as Japan, South Korea, Malaysia, and Singapore, Taiwan is not currently on her itinerary. It had been mentioned when she was originally planning the trip before she came down with COVID. It has not been confirmed that she has any plans to land there at this time.

But, what if her plane was accompanied by US fighter jets? That would be even worse. China would consider that an invasion and would have the right to fire warning shots at the planes and if that did not discourage them, they could then decide to shoot all the planes down. My best guess is that Pelosi will make the trip without a stopover in Taiwan and then declare that she never planned a stopover there, to begin with. That would save face and not appear to make Pelosi look cowardly.

House Speaker Nancy Pelosi plans to depart Friday for a tour of Asia, though whether she stops in Taiwan remains uncertain, a person familiar with the plans said.

Pelosi’s trip includes stops in Japan, South Korea, Malaysia and Singapore — all US allies in the region.

But a drop-in to self-governing Taiwan was still only tentative as China issues warnings about the House speaker making a possible visit and US-China relations are at a low point.

Pelosi is bringing a delegation of fellow lawmakers on the visit. She has refused to answer reporters’ inquiries about her plans, saying on Wednesday in response to a question about a potential Taiwan visit, “I never talk about my travel. It’s a danger to me.”

The Chinese embassy to the United States has urged members of Congress to tell Pelosi not to make the trip, which was planned for April before Pelosi tested positive for Covid-19.

Biden, who is in the back pocket of China was warned by telephone by Chinese President Xi Jinping that those who play with fire, perish by it. He might even withhold Joe’s share of the money Hunter makes there.