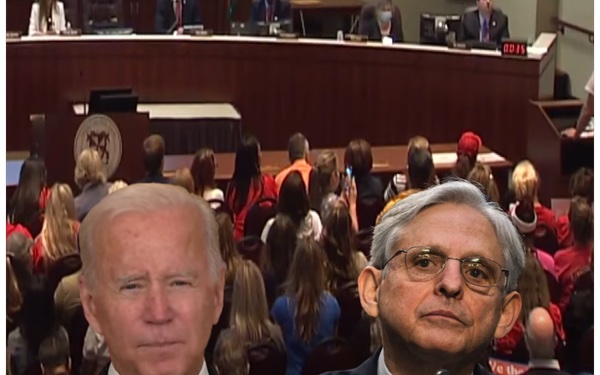 Corrupt Merrick garland has opened an investigation into Donald Trump for allegedly trying to overturn the 2020 election. This could get very interesting should it ever go to trial. Because the DOJ would have to assert that there is no voter fraud in the election that would give Trump’s lawyers to dig a lot out of the states with obvious voter fraud in discovery. They could also call expert witnesses.

For that reason, I don’t believe that garland will prosecute. He will investigate it and smear Trump, but I doubt he wants to give Trump a chance to enter voter fraud into an official record. Because at that point it becomes evidence. Second of all, garland may not want to take a chance on Trump winning, which would be likely. If you make a move on the king, you must make sure you kill him.

According to the WaPo, which is as solid as a handful of sand, they are probing conversations Trump had with his lawyers and others about substituting Trump electors for Biden electors. But, even if those conversations took place, it’s only illegal if you actually try to do it. I could talk to a hundred people about robbing a bank, but if I don’t actually do it, I have committed no crime.

Breaking news: The Justice Department is investigating President Donald Trump’s actions as part of its criminal probe of efforts to overturn the 2020 election results, according to four people familiar with the matter. https://t.co/mcjN3EhmAO pic.twitter.com/uqIlRgEhcK

The Washington Post’s report comes as US Attorney General Merrick Garland said he is open to prosecuting Trump for his ‘role in January 6.’

Merrick Garland was asked by NBC’s Lester Holt if indicting a former president would “tear the country apart.”

“Look, we pursue justice without fear or favor,” Merrick Garland told NBC’s Lester Holt in an interview that will air Tuesday night.

“So if Donald Trump were to become a candidate for president again, that would not change your schedule or how you move forward or don’t move forward?” Holt asked.

“I’ll say again that we will hold accountable anyone who is criminally responsible for attempting to interfere with the transfer — legitimate, lawful transfer of power from one administration to the next,” Garland said.

Garland says he pursues justice without fear or favor. When can we expect Hunter Biden to be charged with the multiple crimes he has committed?