Who is Rachel Powell and Why is She Only on Home Arrest for January 6th? 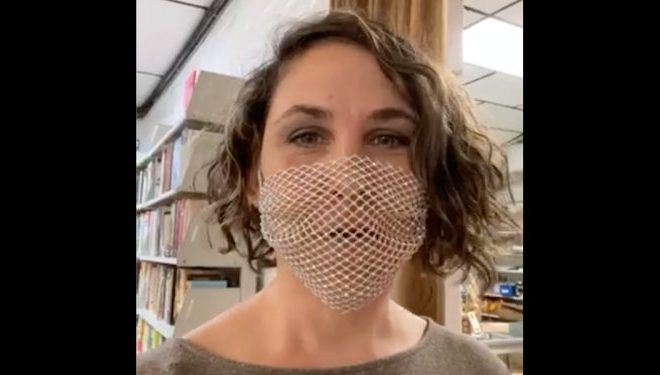 Rachel Powell is a 41-year-old mother of eight from Pennsylvania. On January 6th she broke out a window in the Capitol with an ice pick. Then, with the help of a man nearby, they were able to break out a window using a battering ram that just happened to be lying around. That is just the first odd thing you will read about in this article. If you are looking for answers here, you won’t find any here, but you will find many more questions.

There are many people who are sitting in prison for walking through a door that police opened for them and welcomed them in, so why is this vandal able to avoid all of that? Perhaps it’s for the same reason that Democrats accuse President Trump of inciting a riot after he told his supporters to march peacefully and patriotically to the Capitol, while Ray Epps was caught on video multiple times actually urging people to riot as free as a bird.

After breaking out the window, Powell gave people instructions on how to make their way around the room they would be entering. How does a woman who has 8 kids and live in Pennsylvania have such knowledge of the Capitol Building? Doesn’t that seem odd to you?

“Hey guys. I’ve been in the other room—Listen to me—in the other room on the other side of this door, right here, where these feet are standing, there is a glass, that if somebody—and if it’s broken, you can drop down into a room underneath it.”

“There’s also two doors in the other room. One in the rear and one on the right.”

How in the hell would she know this and when was she ever in this or any part of the Capitol? Inquiring minds want to know.

And I am assuming she did not go in herself, otherwise, she would have led them rather than given them instructions. And why has the January 6th committee called her in as a witness, when they are calling in people with no connection to January 6th? Does that make sense to you? Note that they have also failed to call in Ray Epps, who many think was an FBI plant.

This is some of the most compelling video evidence on the planned attack in action on #January6th.

Please – @RepAdamSchiff @RepRaskin consider the 🎥 posted above of Rachel Powell giving details on how to take the Capitol in action.

According to Ronan Farrow’s article in the New Yorker on Feb 21, 2021, Rachel Powell did not vote for Donald Trump in 2016. “I was not part of a plot—organized, whatever,” she told the New Yorker. “I have no military background, I’m a mom with eight kids. That’s it. I work. And I garden. And raise chickens. And sell cheese at a farmers market.” Although she didn’t support Trump in 2016, she suddenly became a fan of his in 2020.

The Pittsburg Post Gazette reported that Ms. Powell gave the interview to Ronan Farrow while the FBI was “looking for her.”