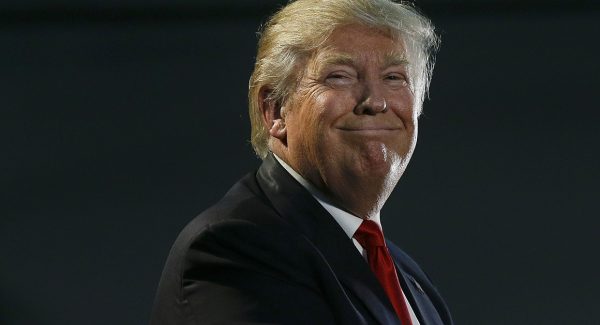 Rich Welsh| On Friday, President Joe Biden trashed the US Supreme Court’s decision to overturn the unconstitutional abortion rights known as the Roe v Wade decision, but he also called for the coming protests to remain peaceful which these days coming from a Democrat means tear the place up.

“I call on everyone, no matter how deeply they care about this decision, to keep all protests peaceful. Peaceful, peaceful, peaceful — no intimidation,” the president at the White House. “Violence is never acceptable. Threats and intimidation are not speech. We must stand against violence in any form regardless of your rationale.”

Then how come it took so long for the Democrats to do something to protect the five justices who voted with the majority when savages were breaking federal law by protesting outside their homes?

Prior to that, Biden ripped into the give justices who voted with the majority to overturn Roe, giving off a special brand of viciousness to “three justices named by one president, Donald Trump, who are the core of today’s decision to upend the scales of justice and eliminate a fundamental right for women in this country.” Trump actually nominated them, not named them.

There never was a fundamental right at the federal level. Biden and the rest of the Democrats in DC are too ignorant and incapable of understanding that. They’re like children who didn’t get their way.

Joe Biden is the Hypocrite-in-Chief. Last year, Biden told the nation in a national address that they didn’t have freedom or personal choice (rights) when it came to getting vaccinated the night he revealed his unconstitutional vaccine mandate. “This is not about freedom or personal choice” is something that should never come out of an American President’s mouth, but he said it.

“The court has done what has never done before, expressly take away a constitutional right that is so fundamental to so many Americans that it had already been recognized,” the president added.

Except that abortion was never a constitutional right. You can read the US Constitution, hold it up to the light, upside down, and pour lemon juice on it, and you will not find abortion in there.

Have you ever noticed that Biden uses the word “fundamental” an awful lot? I bet he doesn’t know what it means. Abortion is anything but fundamental.

The cognitively declined president didn’t take any questions from reporters and the daily briefing with the White House mouthpiece Karine Jean-Pierre was canceled while activists both pro and against abortion started gathering outside the Supreme Court.

Biden jumped at the chance to do some campaigning for the party by saying that the SCOTUS ruling on Friday was a good enough reason to vote for Democrats in the November midterm elections.

“This fall, we must elect more senators and representatives who will codify a woman’s right to choose into federal law once again,” Biden said.

“State laws banning abortion are automatically taking effect today, jeopardizing the health of millions of women, some without exceptions, so extreme that women and girls were forced to bear their rapist’s child.”

“This fall, Roe is on the ballot. Personal freedoms are on the ballot. The right to privacy, liberty and equality — they are all on the ballot,” Biden said, and then went on to say that the federal government will fight to protect legal access to mifepristone, the FDA-approved pill that he said can “safely end early pregnancies,” by killing the baby early. He also said they will fight to ensure that women can cross state lines to get an abortion.

They can do that now, so unless a state bans abortion, there is nothing to stop a woman from killing her baby in another state.