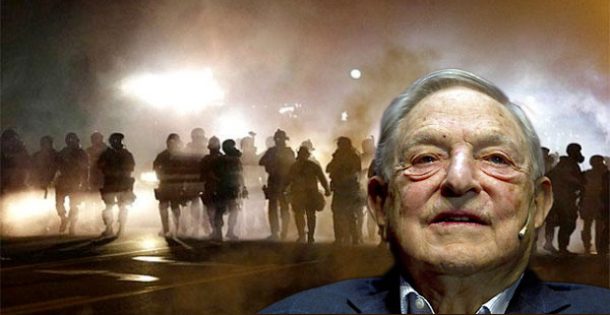 This first began when Trump was in office and is gaining steam in Eastern Europe … we need to make this happen here and finally end George’s Nazi collaborating butt’s attempts to fly America into the side of the mountain!

The Trump revolution is apparently global and it means business!

Many people around the globe would like to see alt-left Globalist George Soros spend the rest of his days rotting away in a cell awaiting the gallows!

Macedonia and Hungary know exactly what George Soros is about and how evil the man is.

They know that they need to fight against him to stop his evil agenda.

Here in America, Democrats and their liberal media hide the truth of Soros very well.

Now that Trump is here fighting for national sovereignty, we can hope that he’ll stand up like Hungary and Macedonia and get rid of George Soros once and for all!

Below is a clip of Soros talking about focusing on the US now because he doesn’t like the current leadership.

Soros knows that money is power and he has a lot of it. Europe has stood up and is leading the way to “Stop Operation Soros”, America needs to get the memo and ban Soros from overthrowing America also.

“We’ve witnessed the takeover of the entire civil sector and its abuse and instrumentalization to meet the goals of one political party. That is unacceptable and goes beyond the principles of civic organizing,” Srbov said at the press conference.

“The Open Society Foundation, operating under the Soros umbrella, used its funding and personnel to support violent processes in Macedonia. It has monopolized the civil society sector, pushing outside any organization which disagrees with the Soros ideology,” he stated.

The “SOS” movement that Macedonia has launched is designed to expose George Soros and the disruptive, troublesome organizations he funds.

America should take a hint.

He’s wanted in Russia and being banned in other countries because he is no good!

Time to protect America too!