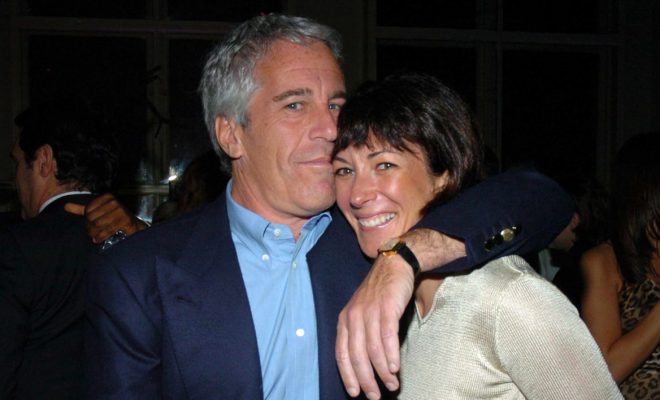 Jeffrey Epstein’s (who did NOT kill himself) female partner in sex crimes, Ghislaine Maxwell was found guilty on 5 of 6 counts today.

Ghislaine Maxwell was found guilty on Wednesday of 5 of 6 counts.

Important details about the case were sealed by the judge

Maxwell worked as Jeffrey Epstein’s pimp for years and the DOJ knew they were running girls as young as 12 but they refused to act.

Maxwell pleaded not guilty to charges stemming from her role as Epstein’s ‘madam’ from 1994 to 2004.

The child sex abuser was found guilty on 5 counts and faces 65 years in prison:

A jury has found Ghislaine Maxwell

The verdict capped a monthlong trial featuring sordid accounts of the sexual exploitation of girls as young as 14, told by four women who described being abused as teens in the 1990s and early 2000s at Epstein’s palatial homes in Florida, New York and New Mexico.

She faces the likelihood of years in prison — an outcome long sought by women who spent years fighting in civil courts to hold Maxwell accountable for her role in recruiting and grooming Epstein’s teenage victims and sometimes joining in the sexual abuse.