LMAO: Wait Until You Hear What Is The UnVa**inated’s Fault Now … According To The WH 😂 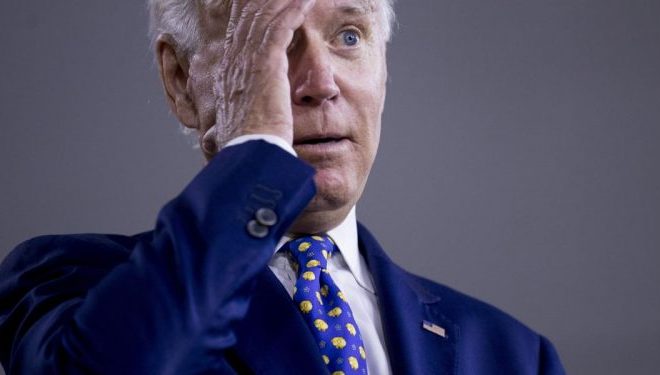 The idea that the majority of Americans do not trust the Biden regime to run the nation comes as no shock to those of us (I for one, and I’m guessing you as well) who have been paying attention.

Joe made his fortune off a life of ‘public service’ (more like servicing the public IMHO).

Joe has been in government for decades upon decades.

Perhaps worst of all in the eyes of the leftist base: Joe is WHITE.

All of this aside, the Biden admin can not utter the same talking points as, say an AOC or Rep.Bush, Biden can not blame ‘white people’ seeing as he is one of them.

‘Luckily’ for Ol’ Joe, he has the ‘Unva**inated’, the gift that keeps on giving …

Joe Biden crashed to a new low of 38% approval in a Quinnipiac Poll released Wednesday.

The brutal poll shows Biden losing support across the board on issues with his numbers on immigration and the border in the 20s and a solid majority (55 percent) saying the Biden administration is not competent in running the government.

“What do you make of these really terrible polls?” a reporter asked Psaki.

“This is a really tough time in our country. We’re still battling Covid and a lot of people thought we’d be through it – including us! And uh, because of the rise of the Delta variant… We still have 20% of the country who’ve decided not to get vaccinated.”

REPORTER: "What do you make of these really terrible polls?"@PressSec: "This is a really tough time in our country…we still have 20% of the country who've decided not to get vaccinated." pic.twitter.com/1YJCx39J8g

You can not make this stuff up.

Do you want to know what Americans like, what we respect and want more of?  PERSONAL RESPONSIBILITY.  When you f*** up, OWN IT.  The reason Trump did so well was because he spoke plainly to the people and was upfront about the challenges we faced.

← Previous Story Alert: Georgia Judge Will Decertify Election When Fraud Is Proven
Next Story → Over 284,000 Ballots, or 10% of Ballots Were Fraudulent?! They All Lacked Evidence That It Was the Original Ballot Received