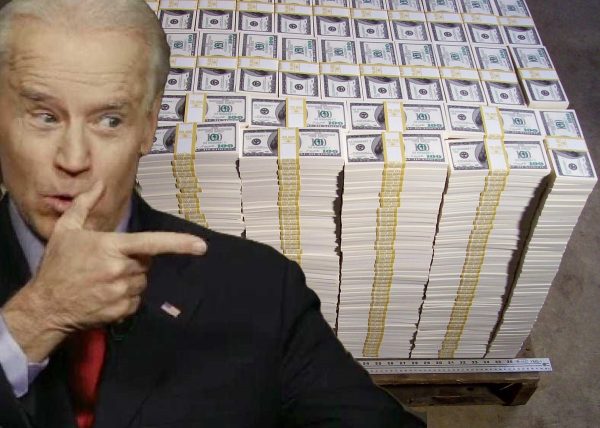 Former FBI Director Louis Freeh donated $100,000 to a private trust for Joe Biden’s grandchildren in 2016. This was when Biden was vice president for Barack Obama, but during that same year he was planning on using Biden’s son Hunter and possibly Joe Biden himself for “future work” telling the younger Biden, “I would like to talk with you and Dad about working together next year.”

“The emails suggest Freeh was trying to establish a future business relationship with Biden – and the White House has failed to disclose whether Joe Biden discussed private business with Freeh while in office,” Josh Boswell of The Daily Mail noted.

Freeh emailed Hunter Biden in July 2106 marked “confidential and privileged” saying that he would be “would be delighted to do future work with you. I also spoke to Dad a few weeks ago and would like to explore with him some future work options. I believe that working together on these (and other legal) matters would be of value, fun and rewarding.”

In August 2016, Freeh echoed the sentiment to Hunter Biden, “I would like to talk with you and Dad about working together next year. No doubt both he and you have many options and probably some which are more attractive than my small shop. As you know, we have both a law firm and ‘solutions/investigations’ group with a very good brand, DC and DEL (and NYC) offices, and a profitable and interesting global practice (eg., I’m currently representing the Malaysian PM and his family). So if it’s something which interests you both, let’s talk about it at some point. I’m very flexible and we could set it up as an equity-share or whatever works best. It would certainly be an honor to work with you both.”

It would be an honor for a former FBI director to work with a drug addict who was thrown out of the US Navy? You know Freeh was looking at Joe and figured his kid had to be in the deal to get Joe to go along. Or could it have been something else?

Freeh asked Hunter Biden for his father’s contact information back in March 2017. He said he wanted to discuss “profitable matters,” writing, “I say [saw] Dad in St Joe’s and the 900a today and he said hi walking back from communion–I didn’t get the chance to return greetings. If you have his cell and a personal email, I’d like to have his contacts (will protect). I would still like to persuade him to associate with me and FSS [Freeh’s firm Freeh Sporkin & Sullivan LLP] —as we have some very good and profitable matters which he could enhance with minimal time.”

In April 2107, Freeh laid it on thick mentioning Hallie Biden, Hunter’s late brother Beau’s widow who later became Hunter’s lover when he kept it in the family, when he wrote, “As you know, our family foundation made a $100K contribution to Hallie’s children’s trust last year. My accountants (PWC) now advise that since the grant did not go to a 501(c) organization [a charity], it was not a proper foundation gift. ‘So we’ve been in touch with the IRS and PWC and want to correct the situation as follows: I’ll make a new $100k gift to Haley’s trust, and Hallie’s trust will reimburse the foundation by paying it $100k. Sorry for the extra burden. Best regards and warm regards to Hallie, Dad and Mom.”

“Thanks so much and of course no burden at all. Speak to you soon. Hunter,” the president’s troubled son responded.

According to Boswell, Hunter replied giving Freeh his father’s cell phone number and an email address for Kathy Chung, a former staffer in Biden’s VP office who continued working for the senior Biden after he left the White House.

Hunter Biden wrote, “He rarely ever uses email. [Chung’s email address] is also the best way to make sure he gets the message. That’s Kathy whom you have met.”

What does all this mean? Could this be how Hunter got involved in some of his shady deals internationally? Could Freeh have introduced him to some sweetheart deals he couldn’t refuse? Did the former FBI director use Hunter to do some dirty work knowing he would have the former vice president to back him up if something went south? It just seems odd that Freeh would throw around that kind of cash to get the Bidens involved in a business deal.

Will we ever learn more about this? If we do, we’ll let you know.