Biden Keeps Truth About JFK Assassination Hidden From The Public

The Biden White House has again delayed the release of long-classified documents related to the assassination of 35th President John F. Kennedy.

The push to release the files began during the Trump administration, when President Donald Trump released thousands of previously secret files related to the assassination. At the time, the White House claimed that the national archivist would need further time to complete a review to release additional documents. This review was then apparently stalled by the pandemic, and now Joe Biden has stalled the release further.

According to CBS News, the Biden regime is now saying that the national archivist still needs more time, and a statement attributed to Joe Biden decrees that the documents “shall be withheld from full public disclosure” until at least December 15 of next year.

This will be just shy of 60 years, the majority of an average American lifespan, since the iconic president was assassinated in Dallas, Texas.

Noting that Congress first moved to make the documents related to Kennedy’s assassination public as far back as 1992, the statement attributed to Biden then notes that “The Act permits the continued postponement” of the files so long as it will “protect against an identifiable harm to the military defense, intelligence operations, law enforcement, or the conduct of foreign relations that is of such gravity that it outweighs the public interest in disclosure.”

Naturally, the Biden regime did not elaborate on what danger the information contained on files from more than half a century ago poses to the United States. Instead, the White House statement declares, the complete documents will be withheld until “late 2022.” 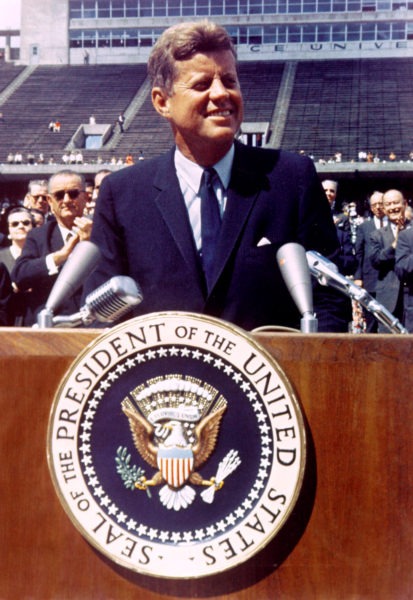 President John F. Kennedy was assassinated in Dallas, Texas on Friday, November 22. Many have theorized that the official narrative regarding the 35th President’s assassination is false.

In fact, a 2017 survey revealed that the majority of Americans specifically take issue with the claim that the shot that ended President Kennedy’s life was delivered by Lee Harvey Oswald, a single radicalized communist shooter who lived in the Soviet Union for a time.

According to a FiveThirtyEight-SurveyMonkey poll conducted in 2017, the majority of Americans – 61% – believe that more people than Oswald “were involved in a conspiracy” to assassinated President Kennedy. Only a third of Americans believe the government-approved narrative that Oswald assassinated the 35th President without outside help.

Find useful employment——Job opportunity for everyone! Work from comfort of your home, on your computer And you can work with your own working hours. You can work this job As part time or As A full time job. You can Earns up to $70 to $80 per Day by  way of work is simple 100% on the web. It’s easy, just follow instructions on home page, read it carefully from start to finish Check The Details.Visit Here website…………… http://www.Newapp1.com

Finally! There is a great way how you can work online from your home using your computer and earn in the same time… Only basic internet knowledge needed and fast internet connection… Earn as much as $3000 a week… bit.ly/3iMu1ma

I am now making extra $19k or more every month from home by doing very simple and easy job online from home. I have received exactly $20845 last month from this home job. Join now this job and start making extra cash online by follow instruction on the given website…….. http://Www.SmartPay1.Com

I am taking a significant salary two Hundred$  online from my PC. A month prior I GOT chek of nearly $30k, this online work is essential and direct, don’t have to go OFFICE, Its home online movement. For More Details……….http://www.jobapp3.com

[ Work at Home ] I get paid more than $90 to $100 per hour for working online. I heard about this job 3 months ago and after joining this I have earned easily $10k from this without having online working skills . Simply give it a shot on the accompanying site… Here is I started.…………>> http://Www.NETCASH1.Com

I make 85 dollars each hour for working an online job at home. KLA I never thought I could do it but my best friend makes 10000 bucks every month working this job and she recommended me to learn more about it. The potential with this is endless.
For more detail …. http://Www.Self25.com

[ Work at Home ] I get paid more than 💵$90 to 💵$100 per hour for working online. I heard about this job 3 months ago and after joining this I have earned easily 💵$10k from this without having online working skills . Simply give it a shot on the accompanying site… Here is I started.….>> http://Www.NETCASH1.Com

That is because it blows the whole made up stories about what they said happened.  There will be a lot of embarassment in the Democrat party about who was behind it and why and who actually was responsible for the assassination as well as the cover-up.  What they have been calling conspiracy theories is about to come true when the facts are all released.  I have seen a lot of it but really did not not memorize the names, etc. as I really did not care about it.

[ JOIN US ] I get paid more than $90 to $100 per hour for working online. I heard about this job 3 months ago and after joining this I have earned easily $10k from this without having online working skills . Simply give it a shot on the accompanying site… Here’s what I do…………>>> http://Www.NETCASH1.Com

My last month paycheck was for $11,000 dollars… All i did was simple online work from comfort at home for 3-4 hours/day that I got from this agency I discovered over the internet and they paid me for it 95 bucks every hour…. for more info visit any tab this site Thanks a lot……. bit.ly/2Zd5ZK7

Kennedy did 2 things in 1963 that literally p*ssed off the Rothschild’s Federal Reserve central bankers and LBJ.  First he kicked out the central bankers and returned America to the United States Treasury system…thereby eliminating the Rothschild’s choke hold on OUR money.
Secondly, JFK was going to stop our build up in Vietnam.  LBJ was violently opposed to that.    LBJ had millions in military contracts held in his wife’s name.  That lousy bast*ard hated JFK.    Sad day for America when LBJ became president.

I make more then $12,000 a month online. It’s enough to comfortably replace my old jobs income, especially considering I only work about 11 to 12 hours a week from home. I was amazed how easy it was after I tried it…GOOD LUCK..HERE ➤➤ http://www.Cashapp3.com

I always heard from family in DC it was Joe Kennedy who ordered the hit because JFK refused to fulful his father’s lifelong dream, making the US a Nazi nation.

22 November 1963…the date that the Democrat Party was nevermore.

I am now making extra £19k or more every month from home by doing very simple and easy job online from home. I have received exactly £20845 last month from this home job. Join now this job and start making extra cash online by followACV instruction on the given website…….. http://Www.Self25.com