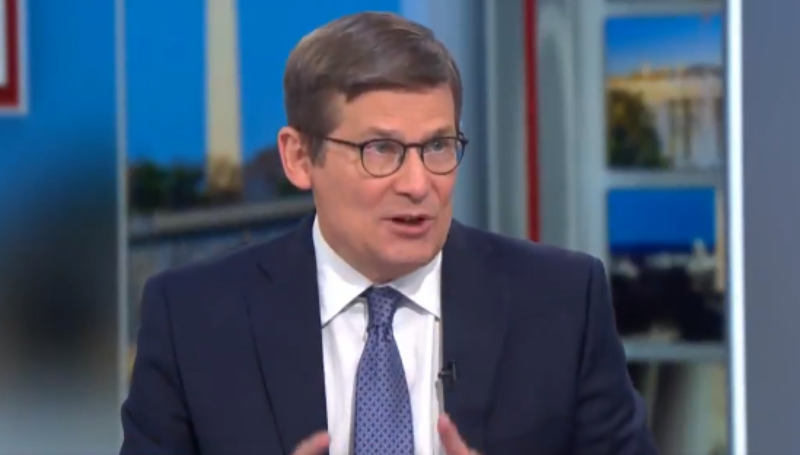 At this point, it’s pretty clear that the Biden administration can’t do anything right as reports come in that they may have killed a US aid worker by mistake.

You know it’s bad because an ex-Obama CIA head just called for an investigation into it. If found to be true it just proves even further that Biden’s Intel is garbage.

During an interview with CBS’s Margret Brennan asked the former Acting CIA Director, Michael Morell, did we actually kill the person intended, and if we didn’t, doesn’t that show that over the horizon has some problems?

“You know, what happened here needs to be investigated,” Morell said. “And I would hope that the administration, once it does the investigation, that it tells all of us publicly exactly what happened, and if we made a mistake, why.

You know, President Obama was very strong on being open about making mistakes with drone strikes. And I think this administration needs to do the same.”

.@MichaelJMorell calls for investigation into US drone strike in Afghanistan, after new reports suggest wrong target: “I would hope that the administration, once it does the investigation, that it tells all of us publicly exactly what happened, and if we made a mistake, why.” pic.twitter.com/erFkY9wkyb

According to a New York Times report, the drone attack that American officials said killed an ISIS terrorist carrying a bomb in a car toward U.S. troops may have killed a man with no ties to ISIS and who was carrying water to family members.

The Times says that after reviewing video evidence and interviewing more than a dozen of the driver’s friends and family members in Kabul, it has doubts about the U.S. version of events.

“Times reporting has identified the driver as Zemari Ahmadi, a longtime worker for a U.S. aid group,” the report states.

“The evidence suggests that his travels that day actually involved transporting colleagues to and from work. And an analysis of video feeds showed that what the military may have seen was Mr. Ahmadi and a colleague loading canisters of water into his trunk to bring home to his family.”