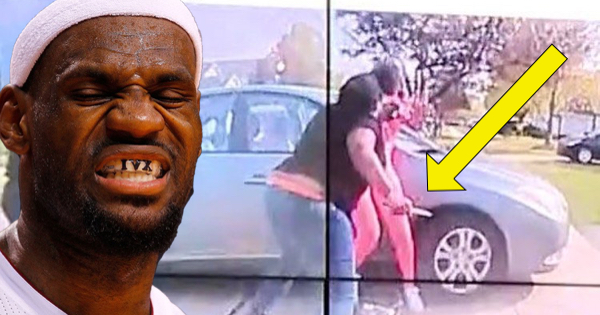 While it is easy to just throw your hands up and give in to those spoiled rotten ‘limousine liberals’ with their millions and billions of dollars who want to defund the police in poor, minority neighborhoods, we can not do that.

Not because it would be immoral, not because we know it would be bad for the community, not because those rich white liberals and entitled athletes and actors don’t own the people they using as pawns, but because the vast majority of members of those communities want MORE POLICE, not less …

Even the far left propaganda rag Newsweek was forced to admit this in an article entitled ‘81% of Black Americans Don’t Want Less Police Presence Despite Protests—Some Want More Cops: Poll’

‘The majority of Black Americans have said they want police presence in their area to either remain the same or increase, despite recent protests over police brutality, according to new polls.

A Gallup poll conducted from June 23 to July 6 surveying more than 36,000 U.S. adults found that 61 percent of Black Americans said they’d like police to spend the same amount of time in their community, while 20 percent answered they’d like to see more police, totaling 81 percent. Just 19 percent of those polled said they wanted police to spend less time in their area.’

If you ever needed proof that the media is just a huge compilation of false narratives … this is it.  All day the TV shows us mobs of Americans they have weaponized … against their own communities.  This has got to be one of the most disturbing Machiavellian moves the NWO has made to date.

Among those useful idiots trying to start a race war is spoiled rotten, low IQ, big mouthed Labron James.  He may be one of the best basketball players of all time, but his legacy is going to be one instigating a race war.

‘As the jury was deliberating Tuesday the fate of ex-Minneapolis police officer Derek Chauvin, another police-involved shooting was taking place in Columbus, Ohio.

Body camera footage showed the shooting victim, 16-year-old Ma’Khia Bryant, charging at another female armed with what appears to be a knife. An officer shot Bryant four times before she collapsed to the ground. She died at the hospital after being taken there in critical condition.

Los Angeles Lakers superstar LeBron James reacted to the news on Twitter, in a now-deleted tweet, by sharing an image of the officer involved in the fatal shooting of Bryant, and wrote “YOU’RE NEXT” while hashtagging “ACCOUNTABILITY”. 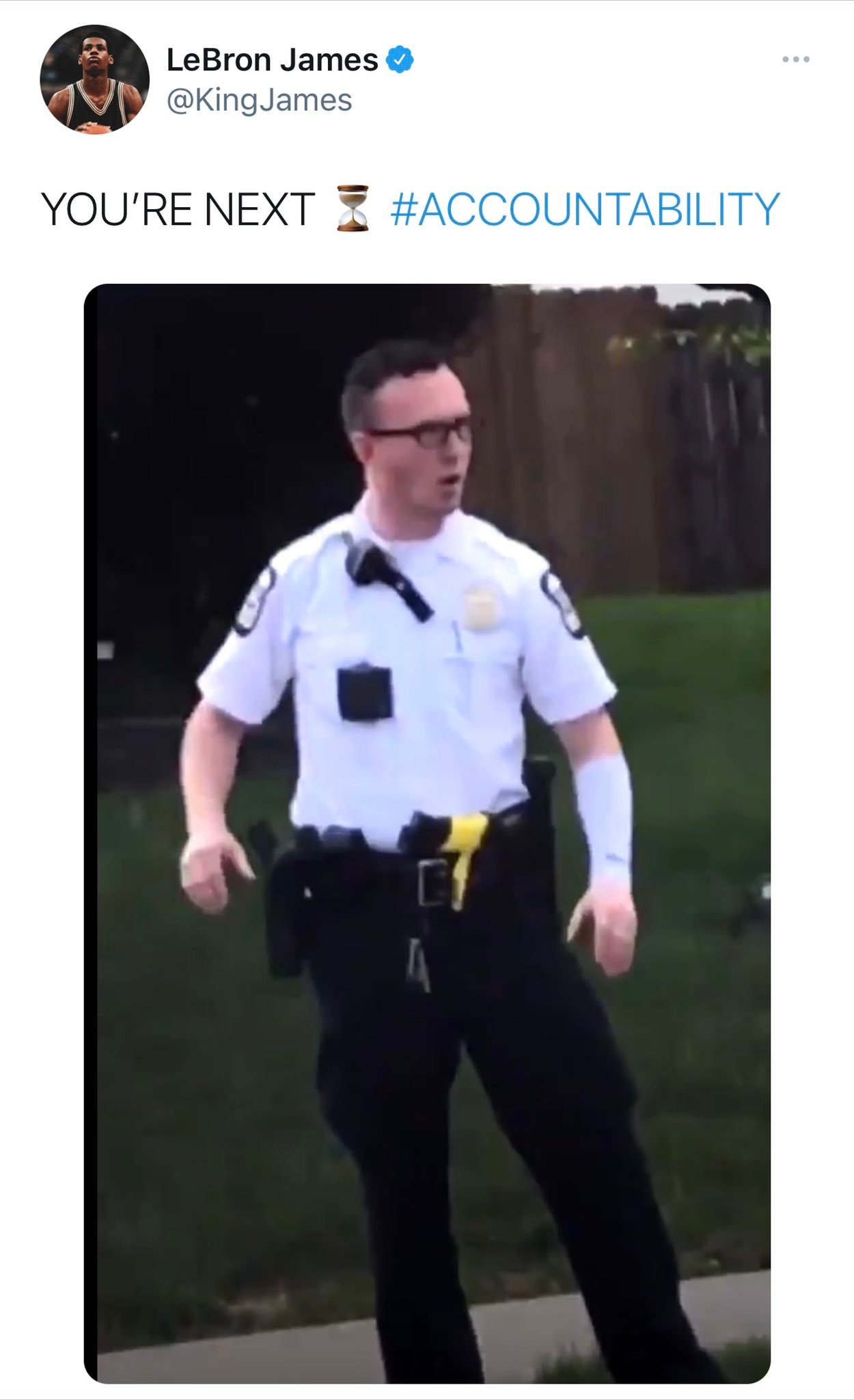 Police were called to the scene around 4:30 p.m. on Tuesday on a report of an attempted stabbing.

The bodycam video shows that as soon as police pulled up, a young female tackles another female to the ground, holding what appeared to be a knife in her hand. The girl is then seen charging at another female while raising the apparent knife in the air, at which point the officer fired multiple shots.

“As we breathed a collective sigh of relief today, a community in Columbus felt the sting of another police shooting as @ColumbusPolice killed an unarmed 15 [year old] Black girl named Makiyah Bryant. Another child lost! Another hashtag,” Crump wrote on Twitter.

As we breathed a collective sigh of relief today, a community in Columbus felt the sting of another police shooting as @ColumbusPolice killed an unarmed 15yo Black girl named Makiyah Bryant. Another child lost! Another hashtag. ✊🏾🙏🏾#JusticeForMakiyahBryant https://t.co/9ssR5gfqm5

There is just one problem … the video clearly shows the woman trying to stab one of her victims moments before the officer opened fire, fatally striking the crazed woman: 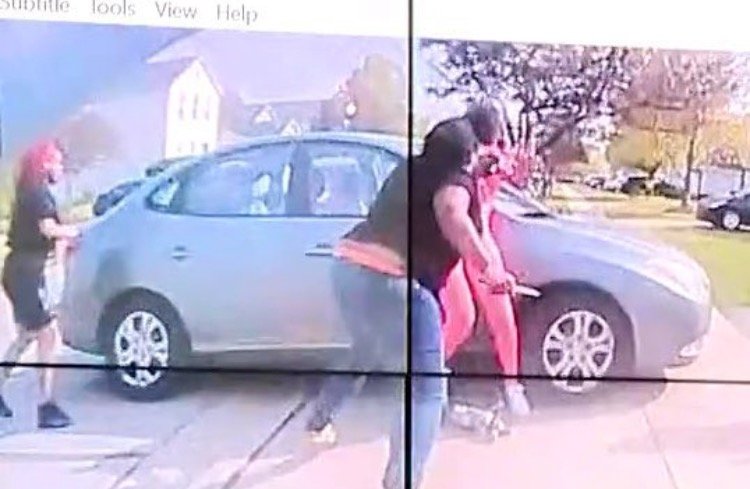 There are a few key takeaways from this story …

Labron James is a useful idiot who may have just got himself in a lot of trouble, and have the blood of one, if not dozens on his hands.

The media has no credibility left whatsoever.  While 81% of blacks want MORE or the same amount of cops in their neighborhoods, the media paints a picture that tries to strip those 81% of black Americans of their defense against the criminal element in their communities.  This is particularly troubling seeing as the most dangerous areas are usually urban and in Blue cities where gun ownership has the most draconian and immoral restrictions.

The last point is that the BLM is NOT representative of the majority of black Americans.  The Democrats want us fighting and picking sides of the color of our skin.  Don’t let them win.  Black people, Brown people, Yellow people nor White people are the problem.  The problem, and thus the enemy is the establishment and media that are playing the races off against each other.  Never forget that.