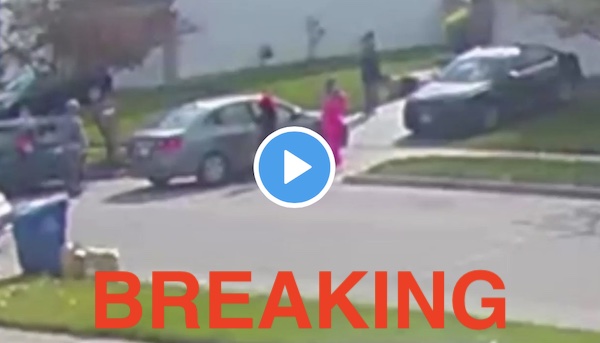 Imagine my shock to learn that the media is once again misrepresenting what happened in an officer involved shooting.

Not only did the media do everything they could to edit out the knife in the hand of the crazed 16 year old who was fatally shot by police, they are now doing everything they can to use the misrepresented events to ignite more hatred and violence across the country.

However, now a new angle of the shooting is out and it blow the media narrative out of the water …

Security footage taken from a neighbor across the street shows a new angle of the officer-involved shooting death of 15-year-old Ma’Kiyah Bryant.

The police bodycam footage released by the Columbus mayor showed Makiyah Bryant attempting to stab someone as the officer acted swiftly and opened fire, fatally striking her.

The Columbus officer rolled up on a chaotic scene and had no choice but to discharge his weapon in order to save lives.

Ma’Khia’s mother said she was loving and motherly.

The neighbor, Donavon Brinson, gave his security footage to police and said if not for the officer’s heroic act, more people would have died.

Ma’Khia Bryant’s military veteran neighbor has said his home security camera footage proves Columbus Police Officer Nicholas Reardon had no choice but to shoot the black 16-year-old because more people could have been killed if he hadn’t acted.

Donavon Brinson told Fox News Thursday morning he believes Bryant could have fatally stabbed the young woman she was seen lunging at with a knife if the cop hadn’t opened fire in Columbus, Ohio, Tuesday afternoon.

His comments come as a second neighbor said he believes police bodycam footage shows Bryant was in ‘full attack mode’ and ‘needed to be stopped’ because a ‘young lady’s life was at stake’.

The new angle shows the Columbus police officer immediately trying to deescalate the situation before firing his weapon.

Ma’Kiyah Bryant could be heard screaming, “I’m gonna stab the f*ck out of you, bitch!” while attempting to stab two unarmed people.

Video of new angle of police shooting of Ma’Kiyah Bryant: