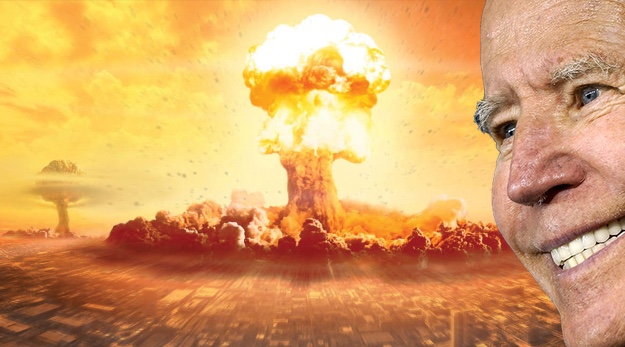 The US airstrike targeted multiple facilities apparently being used by Iran-backed militia forces in Syria. Defense officials are saying the attack was a “defensive strategy” according to a report by Fox News.

Pentagon spokesperson John Kirby said the airstrike was carried out in order to “deescalate the overall situation” in Syria and Iraq.

This comes amid multiple reported rocket attacks against US forces in Iraq.

It is also worth noting that a large US military convoy entered Northern Syria just two days into Biden’s presidency, as the new administration gears up to increase military activity in the Middle East. This most recent airstrike was ordered just 36 days into Biden’s first term as president.’

‘The US on Thursday launched an airstrike in Syria that targeted facilities used by  Iran-backed militia groups — the first military action taken by the Biden administration, officials said.

The Pentagon said the strike was in retaliation for a Feb. 15 rocket attack against a US military base at Erbil International Airport in Northern Iraq that killed a US-led coalition contractor and left others wounded, including an American service member.

“I’m confident in the target that we went after, we know what we hit,” Defense Secretary Lloyd Austin told reporters after the airstrike.

“We’re confident that that target was being used by the same Shia militants that conducted the [Feb. 15] strikes,” he said.

The groups included Kataib Hezbollah and Kataib Sayyid al-Shuhada, according to Kirby.

Earlier this week, the Kataib Hezbollah group denied any role in the recent rocket attacks against U.S. targets in Iraq.

Two days after the Feb. 15 strike, a base hosting US forces north of Baghdad was targeted in another rocket attack, wounding at least one contractor.

On Monday, rockets hit Baghdad’s Green Zone, which houses the US embassy and other diplomatic missions.

Some Western and Iraqi officials say the attacks, often claimed by little-known groups, are being carried out by militants with links to Kataib Hezbollah as a way for Iranian allies to harass US forces without being held accountable.’

This is a developing story, as we know more, we will be sure to share it with you …